Not quite Lotus but Racing VLN Nordschlife in a BMW M6 GT3 car! 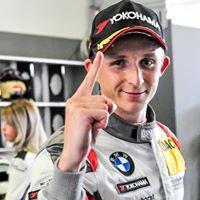 Hi all! To keep you all upto date with my racing plans I'm hugely excited to announce I've signed with BMW Customer Team Walkenhorst Motorsport to pilot the Total Lubricants BMW M6 GT3 for the re

According to David’s instagram, P3 in pro-am, P8 overall out of 133 cars and if they hadn’t had an issue with code 60 they would have finished P4. Not bad Mr Pittard, not bad 😉

Just realized @david_pittard is doing very well in the NOS VLN ... P1 in the qualifying for VLN6 tomorrow ... WOW 💪... its an extremely tough competition out there ...