labour time for b service. 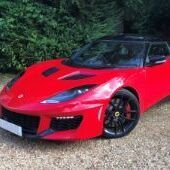 Ok.  Gerald has cast his all seeing eye over the car and this is what he’s found  Both lower wishbone bushes both upper ball joints  rear damper lower fixings (washer missing) engi

Chris time for a mood change, try to be a little more glass half full... So you've found a few dodgy bushes and a weepy rad...well those bushes were at best dodgy when they were new, even if they

Here goes guys my first post, I have read many stories on this forum on how bad V8 motors are? I have either been lucky or I'm in for a shock? When I first bought it in 2004 I knew the geometry was ou