Three years in a 400 and still loving it!

Just to add my positive comments I'm on my second Evora an early 400 following a late Sport Racer S and I'm completely loving it, tested a 410 before I purchased and loved that too but preferred 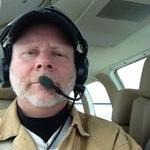 I’m coming up on a years ownership of a 400.  Bottom line, it keeps getting better.  I never and I mean never, don’t enjoy driving this car.  From the moment you push the start button its all about th