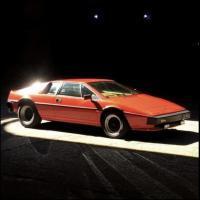 Chapter 4: Breakdown Before Teardown.   Pretty small update, but with some help from Micah (local mechanic dude) and my buddy Dom being a prybar master, they walked me through tearing the stuc

Chapter 1: Folded Paper.   So about a year and a half or maybe two years ago my friend Tony wouldn't shut up about how we should get Lotus Esprits because they're at a lull in the market and w

Great write up & some lovely pics, looking forward to your next post.