In a move that is certain to excite Lotus fans and followers of Formula One™ around the world, Lotus Racing has announced this morning that its cars will be running in a black and gold colour scheme from the 2011 Championship onwards. This move echoes the evolution of Lotus Formula One™ cars of the past by moving from the iconic green and yellow paint scheme of the first season to the much loved black and gold. 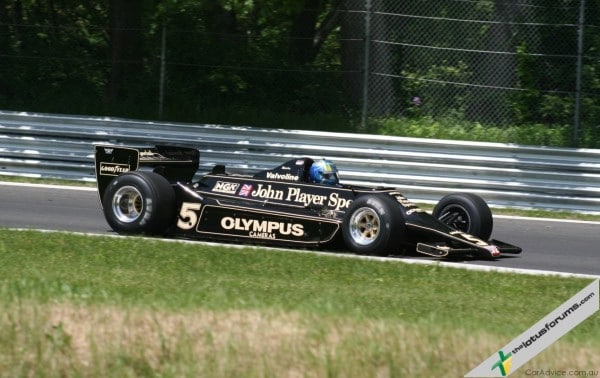 Lotus Racing has already won an army of fans worldwide whose support for the Anglo-Malaysian squad has been fuelled by the team’s open, honest approach to racing, and its efforts on track which has seen the team edge ever closer to securing the ‘best of the new teams’ title in its debut season.

To bring the fans even closer to the team in its second season Head of Marketing Silvi Schaumloeffel today explained how the 2011 livery will be designed: “We have worked all year to make sure our fans are given unprecedented access to our team. We are all very excited about the move to a black and gold paint scheme for next season, and we want our fans to help us design the livery that will be racing around the world next year. We will shortly be announcing exactly how the fans can take part in our design process, so keep an eye on our website www.lotusracing.my for more details. The person who designs the livery we finally choose will be joining us at our first test next year to see the car out on track for the very first time, so for Lotus and F1™ fans it is the chance of a lifetime to help us take the next step forward in our amazing story in 2011.”

Riad Asmat, Lotus Racing Chief Executive, added his thoughts on the next step in the Lotus Racing story: “When we first unveiled our 2010 car there was unanimous praise for our decision to bring the historic green and yellow livery back to the modern F1™ grid. I know the return to the track of the legendary black and gold will be met with even more universal support as it strikes such an emotional chord with fans around the world. Giving those fans the chance to help us bring it back to the contemporary grid is true to our core belief of putting our supporters right at the heart of Lotus Racing – we can’t wait to show the world what we come up with!”