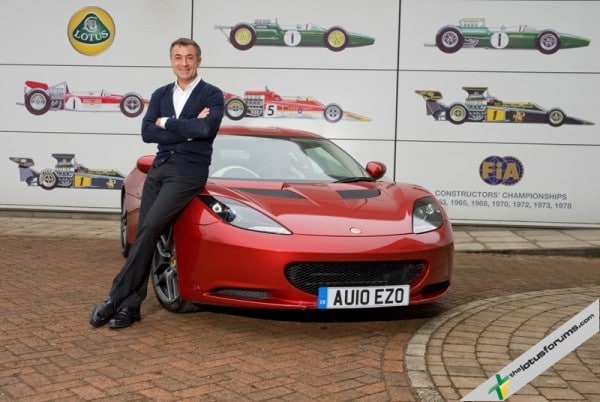 How did you rate Bruno Senna’s first weekend in the Lotus Renault GP race seat?

Overall I think he should be pleased with his weekend. I’m sure he kicked himself after braking too late for the first corner and hitting Jaime Alguersuari, but he did a phenomenal job in qualifying to line up seventh on the grid. The first corner, La Source, is always tricky because it’s not a very long run down from the start, so everyone arrives together, on cold tyres, and it’s very tight. There are always accidents, you have to be very careful, and Bruno wasn’t the only one to make a mistake. Fortunately he was able to continue and though he finished out of the points, in 13th, he still got a full race distance under his belt, which is very important.

It was an exceptional qualifying performance, and he would have been even quicker had he opened his DRS on the Kemmel Straight…

Probably two tenths quicker, yes, although it wouldn’t have improved his overall grid position. But to have qualified ahead of Fernando Alonso’s Ferrari and his Lotus Renault team-mate was a huge achievement, having had so little time in the car. Bruno was under a lot of pressure to be fast and channeled that pressure to great effect. He did the Senna name proud.

Vitaly Petrov was in the top ten all afternoon, ultimately finishing ninth. Have the team made a step forward this weekend?

At a circuit like Spa-Francorchamps the driver counts for a lot, perhaps more than at some other circuits, but nevertheless – as a former F1 driver – I have to accept that the car does most of the work. It’s very clear that LRGP has made a big jump forward from where we were in recent races. In fact, the performance we saw this weekend was more reminiscent of what we enjoyed at the start of this season. Qualifying two cars in the top ten is nothing to do with luck, and this is where we belong.

There’s talk of the Belgian Grand Prix becoming a bi-annual event, sharing its calendar slot with a new French Grand Prix. Because the drivers and spectators love Spa, a lot of people are up in arms about the idea. Would you fight to save Spa?

The drivers have a lot of fun at Spa, and I believe it’s very important that we race here always because of the spectacle, the history, and so on. But the problem is money. Spa doesn’t have the rights money to compete with places likeAbu Dhabi. It would be such a huge shame if we lost Spa, but I say it’s much better to go to Spa every two years than not at all. The compromise could be good for everyone. As a proud Frenchman I would love to see the French Grand Prix back, and by sharing the calendar slot we could retain both and they would be sustainable.

Apparently you have a new job as a chauffeur!

Yes, I was driving this weekend too! I chauffeured Petra Ecclestone and her father to her wedding inRomeon Saturday, in a vintage Rolls Royce. When Bernie calls you up and asks you for a favour, you can’t say no! I know the family well, I’ve knownPetrasince she was a baby, and it was a tremendous privilege and joy to attend her special day. The wedding was the most amazing I have ever witnessed. Alicia Keys, Eric Clapton and the Black Eyed Peas all performed. Today, I am recovering.