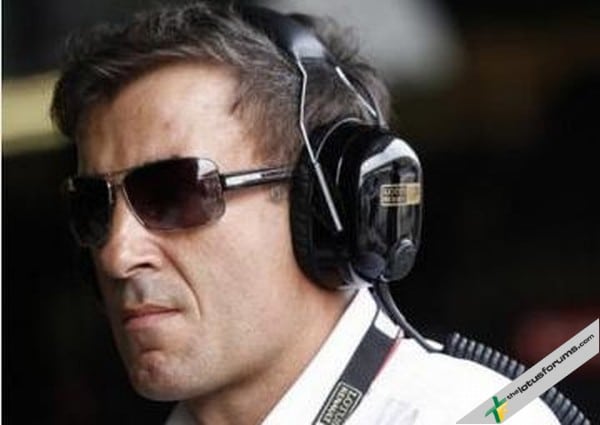 Jean Alesi gives his thoughts on the Spanish GP

Q: So Jean, it was another action packed race, what did you think of the team’s performance in Barcelona?

A: The first thing I have to say is that Nick did a fantastic job – starting from the back of the grid and finishing in 8th was fantastic – so credit to him. The team did a good job and kept their cool after the incident in qualifying and focussed on the job in hand which is very important.
I think Vitaly qualified well and had a great start to the race, he really pushed but for me Nick really shone, having three spare sets of tyres definitely helped him.

Q: As you mentioned, Nick started from the back and finished in P8 where as his team mate Vitaly qualified in P6 and finished P11 – this example could show that a drivers’ race performance is dictated more by tyre saving than qualifying position – do you think that qualifying strategies need to be rethought this year?

A: It’s an interesting thought but no, I don’t think so. When you look at the final result, only four cars finished on the same lap, the Red Bulls and McLarens, all the other cars were lapped. I think the race result is determined by more than one single factor such as tyre wear – my personal view is that it’s much better to qualify well and start well than to conserve your tyres – I think this helps you more during the race.

Q: We’re five races down in the season now and it’s very clear that changing the tyre supplier has made a big difference to the style of racing we are now experiencing, what are your thoughts on this, both from a driver and spectator perspective?

A: What you must first remember is that the teams and the Federation agreed to the change with a clear idea on the effect it would have on the sport – more tyre wear and increased number of pit stops and therefore more action within a race. As a driver, I don’t think it makes a huge difference. You are constantly in touch with your engineer and the team, so you always know who you’re following, when you need to stop and how much to push. As a spectator though, I wonder if it gets a little confusing after a while, without inside knowledge, it can be difficult to tell who is on what tyre and which strategy but I guess for some, this will make the race even more exciting!

Q: You mentioned before the Turkish Grand Prix that you felt Monaco would be a good race for Lotus Renault GP, with two more races complete, do you still feel that way?

A: Absolutely. I think the Monaco street circuit will suit the R31’s special characteristics perfectly and I think LRGP will do really well there – I would go even further than saying we’ll have a good performance, I think we may even see a podium finish from Nick or Vitaly – the two visits to the podium in the first two races were not accidental. I’m really looking forward to the race!

Points for Grosjean in Spanish GP

Another podium for Kimi in Spain