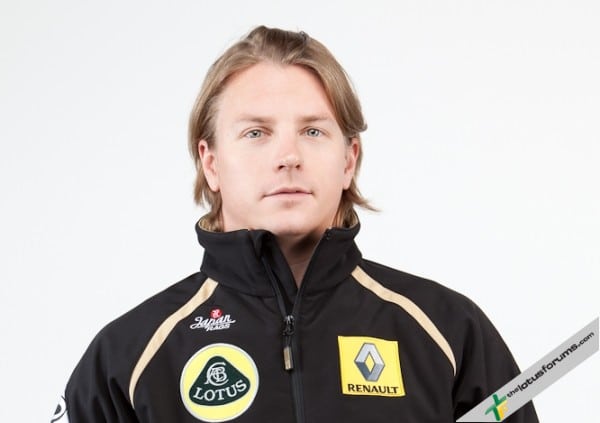 Lotus Renault GP is pleased to announce that Kimi Räikkönen will race for the team next season. The 2007 World Champion, who left Formula 1 at the end of 2009 to pursue a career in rallying, has decided to make a comeback at the pinnacle of single-seater racing. He has now signed a two-year agreement with Lotus Renault GP.

Kimi’s F1 roll of honour includes 18 wins, 62 podiums and 16 pole positions. This experience and success is sure to help the team make a step forward next year. The 32-year-old Finn’s commitment indeed makes for a vote of confidence in Lotus Renault GP, demonstrating the team’s determination and new philosophy for the seasons ahead.

“I’m delighted to be coming back to Formula 1 after a two-year break, and I’m grateful to Lotus Renault GP for offering me this opportunity. My time in the World Rally Championship has been a useful stage in my career as a driver, but I can’t deny the fact that my hunger for F1 has recently become overwhelming. It was an easy choice to return with Lotus Renault GP as I have been impressed by the scope of the team’s ambition. Now I’m looking forward to playing an important role in pushing the team to the very front of the grid.”

“All year long, we kept saying that our team was at the start of a brand new cycle. Backstage we’ve been working hard to build the foundations of a successful structure and to ensure that we would soon be able to fight at the highest level. Kimi’s decision to come back to Formula 1 with us is the first step of several announcements which should turn us into an even more serious contender in the future. Of course, we are all looking forward to working with a world champion. On behalf of our staff, I’d like to welcome Kimi to Enstone, a setting that has always been known for its human approach to Formula 1.”

Another podium finish for Romain in Japan GP

3rd for Kimi the comeback king in Singapore GP

2nd for Kimi in Hungarian GP