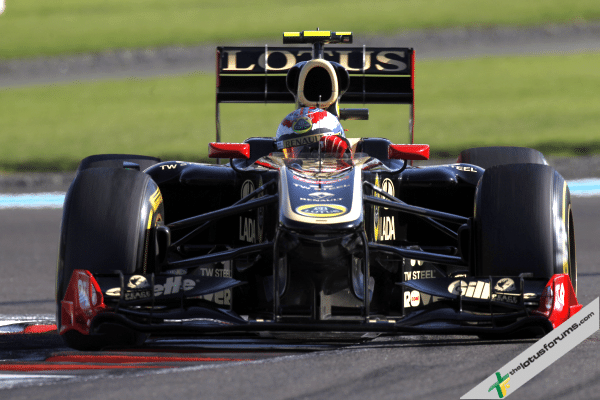 Race day at the Yas Marina Circuit resulted in a disappointing performance from LRGP. Vitaly finished in P13 with Bruno three places below in P16.

• Vitaly started on the soft tyre before stopping on laps 18 (medium) and 38 (soft)
• Bruno came into the pits to exchange the medium tyre for soft on lap one, before stopping again on lap 36 (soft); he also completed a drive through penalty on lap 20.
• Vitaly suffered from DRS problems early on in the race, which affected his chance to cut through the middle order; Bruno endured a KERS failure, which prevented him from gaining more places too.

Bruno Senna, P16, R31-04
“Let’s be honest here – there’s not a crumb of comfort to take from that performance. We suffered from a KERS failure, drive through penalty and a car which was not on the money at this particular track. Put those together and you see why I finished where I did. There was lots of lost time to make up and, strategically, we took a gamble that didn’t pay off. I certainly think that overall this weekend my pace was as good as it could have been. Maybe for Brazil we will have a better baseline, and let’s hope we have a better race weekend.”

Vitaly Petrov, P13, R31-06
“It was quite a frustrating afternoon because my DRS was not working. We thought we could have a good fight with the cars in front, but we were pretty helpless, so we decided to change the strategy. When I first stopped, we put fresh medium tyres on but unfortunately these did not last long enough so we returned to the pits on lap 38 to change to the soft. Unfortunately that ended up being too slow. The pace was not good enough to score points and that’s the reality.”

Eric Boullier, Team Principal and Managing Director
“That was not what we were looking for today. We knew that this weekend would not be our finest of the season; the trend of slower tracks not clicking with the R31 has repeated itself over the past three days. We had differing strategies today, but neither one was fruitful. Also, our reliability problems did not help. The boys have put in a big effort this week to try and give us something to smile about at this fantastic venue. Unfortunately it was not to be and it will be all eyes to Brazil to try and finish the season on a high.”

Alan Permane, Trackside Operations Director
“A disappointing day for us with neither car scoring any points. We had a few problems with Vitaly’s car early on with the DRS failing, so we knew we wouldn’t be able to overtake anyone. This led us to try a one stop race but the hard tyre didn’t last long enough so we had to stop for the soft. Bruno had a problem with his KERS which really cost him, and put him back around half a second each lap. There’s no real positives to take from today.”

Ricardo Penteado, LRGP Engine Support Leader, Renault Sport F1
“We introduced new engine units for both Bruno and Vitaly this weekend, which is a positive at this point in the year. Even though Abu Dhabi is a relatively undemanding track for the engine, with a low open throttle time, we had hoped this would give us an advantage in the very competitive midfield. We just missed out on the top ten in qualifying and on this track, where overtaking can be quite hard, it was then difficult to make up places. We hope that the low mileage on these two units will help in Brazil, where an extra few horsepower could make a difference with the lower power output caused by high altitude.”