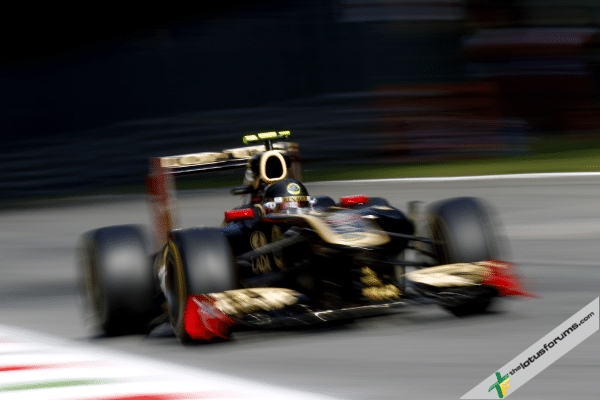 Lotus Renault GP came away from Sunday’s race with mixed feelings; Vitaly suffered an unfortunate end to his race at the first corner, whilst Bruno secured his first F1 points after coming home in 9th.

• Vitaly was taken out of the race at the first corner by Vitantonio (Liuzzi), but was helpless in avoiding the collision after the HRT spun onto the grass before swerving straight into his R31.

• Bruno made his own piece of history, scoring his first Formula 1 points in only his second race with LRGP. The Senna name appeared in the points list today for the first time since the 1993 Australian GP.

• After the incident at the first corner, the team revised Bruno’s strategy, substituting his medium tyres for softs as early as lap two. He then stopped for soft tyres again on laps 14 and 33.

• Positioned 18th at the end of the third lap, Bruno gained nine places during the remainder of the race.

Bruno Senna, P9, R31-04
“I’m happy to score my first F1 points today, especially as it was only my second race for the team. Although I started 10th, it was not been an easy job to finish ninth. We suffered some bad luck in the first corner; everybody was cutting the chicane which forced me to drive on the outside, and in the process I lost all the places I had fought so hard for in qualifying. It makes me very happy to know that I am able to put myself in the position of scoring points, and also to fight with the guys who have been doing this for a long time. The pace of the car was clear for all to see, but I wish the race was just one lap longer because I may have been able to pass Paul (Di Resta) for eighth. The team chose a great strategy, the tyre was fast enough where I needed it to be and I am very happy to get my name on the points board. The team did a great job and I am really looking forward to Singapore.

Vitaly Petrov, DNF, R31-06
“Naturally I am very disappointed with what happened today. I had a reasonable start and, as I was heading into the first chicane, Vitantonio’s HRT came from nowhere and hit me big time, which brought my race to an end. There’s nothing I could have done to avoid this. First of all, I’m happy not to be injured, as the impact was quite strong and it could have been a nasty accident. We have put in so much effort since Spa, at the track, Enstone and Viry, so I’m sorry that wasn’t translated into points today. This is part of racing, but I can’t help thinking that we could have secured a good result. We must now concentrate on Singapore, which will be a real test for us. We will be bringing another technical upgrade with us, before going on to quicker tracks like Japan and Korea, which should suit our car better. On the upside, the car has felt good since the first practice session here; we definitely made a step forward performance-wise and we should have a strong end to the season.”

Eric Boullier, Team Principal and Managing Director
“I have mixed feelings because that first corner cost us dear today; Vitaly was very unfortunate to be out of the race, and Bruno was in eighth at the end of the first lap. However, the team mapped out a very strong strategy, which helped Bruno come all the way back from to ninth. It is good to see him score his first points in F1, and it is clear that if we have a trouble-free race we can finish much higher. We still have some upgrades to come, and if you combine that with the fact that our car has really been on the pace this weekend, we should be confident we can push on from here. As a sport, Formula 1 has once again put on a good show for fans today and we should all be delighted with the quality of racing we have witnessed.”

Alan Permane, Chief Race Engineer
“It goes without saying that without the first corner incident, it would have been a very different race for us. Vitaly lost his rear suspension and retired on the spot, whilst Bruno lost many places and finished up 15th behind the safety car. We started him on the medium tyre because we thought Nico (Rosberg) could start on this tyre and we didn’t want to get stuck behind him on softs. The early safety car gave us the opportunity to switch strategy with the hope of overtaking others, as they had to go onto the medium tyre at the end. It worked up to a point. We were certainly quicker than the cars around us but even with DRS and better top speed, overtaking was difficult. To come from 18th to ninth is not bad, but we could have scored more points today. Having said that, our performance showed that we can have a strong end to the season.”

Riccardo Penteado, LRGP Engine Support Leader, Renault Sport F1
“Monza is the hardest track of the year for the engine, which is why we introduced new units here. Having said that, all weekend the car has been very quick and the top speed, which peaked at nearly 350kph yesterday in qualifying, was particularly impressive. It was a great result for Bruno to score points in only his second race for the team. He demonstrated his speed and reliability, and if he hadn’t been caught up in the accident he may have scored even more points. Vitaly was very unfortunate today to get caught up in the incident at the first corner. Singapore is a very different circuit from Monza, but the team will look to build from this and score more points”.

• Did you know?
Bruno was the fastest driver recorded on the race speed trap today, reaching a maximum speed of 347.0kph.