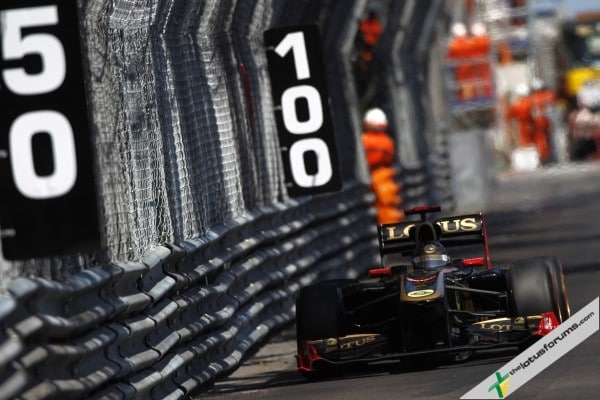 • We opted for a one-stop strategy with both car.
• Nick finished in P8, which means Nick moves up a place in the Drivers’ Championship to 6th with 29 points.
• Vitaly was caught up in the crash which took place on lap 68; he complained about a sore ankle and was taken to hospital as a precaution.
• No broken bones or fractures have been reported and he is expected to be released within the next couple of hours.
• Vitaly was on his way to a fourth place finish when the crash occurred on.

Nick Heidfeld, P8, R31-04
“Firstly, I am glad that Vitaly is doing ok. Hearing that he has not broken or fractured anything is good news. He was in a strong position and was very unlucky to have the incident. For me, the start of the race was ok, I almost got one of the Force Indias but I did not manage to make up a place unfortunately. When the safety car came out, I got a very late call into the pits but I made it, which definitely helped me. It was a difficult weekend for us here but to take four points for the team is ok given my qualifying position.”

Vitaly Petrov, DNF, R31-03
“First of all, I would like to thank all my fans for all their well wishes, the medical teams at the circuit, the hospital for their efficient and friendly assistance, and the team for their concern. It was quite a big impact and I could not feel my legs very well after the crash. I thought it was best for the medical team to assist with removing me from the car as it was difficult for me to move and my legs were trapped in the cockpit. I did not lose consciousness but I was in quite a lot of pain when I was inside the car. It is a shame as I made a good start, gaining two places straight away. After my pitstop, I was stuck behind Kamui Kobayashi – who was very slow- and Adrian Sutil -who was defending his position really too agressively- but I was being cautious as it is very difficult to pass on this track. Then I got caught in the incident. It is a shame, as we could have got quite a few points this weekend. I’m now looking forward to Montreal. We need to sort out our problems in qualifying and we will get some good results, as our race pace is usually ver good.”

Eric Boullier, Team Principal and Managing Director
“It was a bit of a disappointing day to be honest. First of all we are glad to report that Vitaly is ok and he has no fractures. He has a sore ankle, but he is already joking and we expect the hospital to release him within the next couple of hours. With regards to the race result itself, there is disappointment because we could have finished P4. We had fresher tyres than Sutil and Kobayashi and so could have caught them, but they managed to pit when the safety car was called. Nick moved back up to tenth position, which was not bad and finishing eighth was ok given the position he started in. However, there was an opportunity to score more points.”

James Allison, Technical Director
“After a disappointing weekend during which we struggled to find a decent qualifying pace, we managed to bring some points home. More importantly, Vitaly is OK and this is a relief for the whole team. We elected to go for a one-stop race in order to step ahead of the cars in front of us and this strategy seemed adequate a few laps before the end of the race, as both R31s were in the points. Unfortunately, Vitaly has been caught up in the crash involving Adrian Sutil and Jaime Alguersuari. There are not a lot of positives to be taken from this weekend, but Nick moves up one place in the drivers’ championship and we have extended our lead over Mercedes GP in the constructors’ classification. This said, we’re under no illusions and we know we must raise our game in order to perform at the level we want to.”

Riccardo Penteado, LRGP Engine Support Leader, Renault Sport F1
“First of all it’s great news to hear that Vitaly is OK after a heavy impact with the barriers. Until that point he was looking like scoring some decent points but the most important thing is to know that he hasn’t got any serious injuries. Nick finished in eighth after a busy race, which is good considering his starting position after a disappointing qualifying. It was a great team effort to gain so many positions and even though we would have expected more on previous form this season, it’s a good result this weekend. We have, however, extended our advantage over Mercedes, which overall can be considered a good overall outcome.

8th for Grosjean in Monaco GP

A point for Kimi in Monaco GP