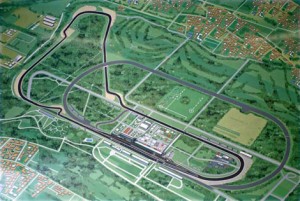 The Italian Grand Prix at Monza marks the last European race of the 2010 FIA Formula One™ World Championship. As the Lotus Racing team heads to Jarno Trulli’s home country, Jarno and a number of key team members take the time to look ahead to what promises to be another exciting race for the Anglo-Malaysian squad.

Mike Gascoyne, Lotus Racing Chief Technical Officer: “Looking back to last weekend, Spa was in many ways one of our best performance of the year so far. We have had better positions at the end of a number of races, but in terms of reliability, Spa was our strongest performance to date. Now we go to Monza and that’s always a special place to race – the Tifosi create an incredible atmosphere, and while it’s obviously focused on Ferrari, I think seeing Jarno and Heikki in our green and yellow cars will be pretty special for some of the most passionate motorsport fans in the world.

“Monza will also be very special for me, Tony, Din, Nasa, Riad and the whole team on a personal level. Race day is the 12th September, which is exactly one year to the day since we heard that our entry into the 2010 Formula One™ World Championship had been accepted. It’s hard to put into words just what that means to all of us, but it’s already been an incredible 365 days, and we have many more exciting times to come. I’ve been asked a number of times if I really thought we’d be able to do what looked to many like an impossible task – creating a team from literally just words on a piece of paper to now sitting 10th in the Championship, best of the new teams and with a very bright future ahead of us.

“Onto the track itself: Monza is unique as it’s now the lowest downforce circuit on the modern Formula One™ calendar. For the race weekend, we’ll have a revised low downforce package with new front and rear wings, plus a few other smaller modifications to the cars.”

Heikki Kovalainen: “After Spa I’m feeling really good physically and mentally. Before we got to Belgium, I had a proper rest for a week, and then got back into training for the second couple of weeks of the summer break to prepare myself for the end of the season. It paid off because I felt great all weekend in Spa and now I’m looking forward to Monza and then the remaining races. Monza is one of the real highlights of the year and it’ll be good to be back in Italy. It’s a very different type of circuit and it has a great atmosphere. Obviously Ferrari have huge support out in the stands, but so do the other teams as the fans just love F1™. I think it’ll be a pretty cool weekend – for us drivers it’s a high speed track and with the low downforce configuration it makes it very interesting to race there. For the fans it’s cool as well as the cars are pushed to the limit, and they look and sound pretty awesome on track.”

Jarno Trulli: “Monza is a very special Grand Prix. We Italian drivers have fantastic support out there, and the fans are really fired up for the race. It’s such a warm atmosphere, you can’t help but enjoy it. The track is challenging, but it’s not as technical as some of them. You obviously need good top speed, low downforce, good traction good braking stability. Everyone talks about the low downforce, but the brakes play a really crucial role. You need to have the confidence to brake as late as possible and as hard as possible at the chicanes, and then you need to have really good traction to get yourself out of them as quickly as possible. I think we saw in Spa that our car is pretty good at the quicker tracks, so I think we’ll be able to repeat our performance in Belgium – as long as we come out ahead of our nearest rivals we’ll be happy, and then we’ll be back in the air for the remaining races of 2010.”

Tony Fernandes, Team Principal: “I’ve had to watch the last few races on TV as other commitments have kept me away from the races, so it’ll be good to be back on track in Italy. The last couple of weeks have been very exciting for the whole team – we’ve seen Nabil Jeffri, a Malaysian superstar in the making, become the youngest ever driver to test an F1™ car at the aero test we ran on Wednesday, and it was a very proud moment for me to see him put in a great day’s work for us in what must have been a pretty stressful environment for such a young guy. He proves what I’ve always believed – work hard to achieve your dreams and they will come true. That’s the same for everyone in Lotus Racing – exactly one year ago on September 12th our Formula One™ dream came true, and now we’ll be competing at one of the world’s great race tracks, bringing the green and yellow cars back to where they belong, and I can’t wait to see the reaction of the crowds when we take to the track. Mike has already said what it means to him to see our cars racing hard just 12 months since we started work on this amazing team, and I echo his thoughts entirely. It has been an amzing journey already, but after Monza we’ll be heading back to Asia, and it’s going to keep getting more exciting with every step we take.”