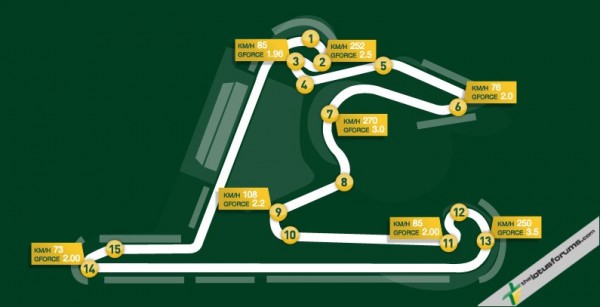 Bright sunshine greeted Lotus Racing in Shanghai as Friday’s practice sessions went according to plan for the team, enjoying its debut in China. The track was very dirty and grip levels were low for the morning session, but improved throughout the day and, despite a small problem for Heikki with a couple of minutes left in the afternoon session, all programs were completed and both cars were again ahead of the other new teams at the close of FP2.

Chief Technical Officer Mike Gascoyne: “It was a satisfying day today and we achieved everything we wanted to on both cars, despite the fact grip levels were very low in the first session and both Jarno and Heikki were struggling slightly with rear grip. Jarno lost a front strake on his first run of the day and we replaced that quickly for his second run. Over lunch we changed the gear ratios on both cars and sent them out for the beginning of the afternoon session on hard tyres. Heikki pulled over after 30 laps as he had a low oil pressure warning and he stopped the car, but it’s not a problem and we’re looking forward to getting out again tomorrow.”

Jarno Trulli – FP1 22 laps, 1.41.531, 18 th / FP2 35 laps, 1.39.624: “A trouble free day today which is good, and hopefully the whole weekend will go without any issues. I’m still struggling a bit with the setup, finding a balance that really lets me get the best out of the car, but we tested different tyres today and focused mainly on our setup for the race, so I’m reasonably happy. Grip levels improved throughout the day and our lap times showed that by the end of the day the circuit was really bedding in.”

Heikki Kovalainen – FP1 23 laps, 19th, 1.41.779 / FP2 30 laps, 19th, 1.39.947: “It was good today, apart from the small problem we had at the end of the day which was nothing major. The engine switched itself off because we had an oil pressure warning but we got through the whole program today and I think we’re in good shape for tomorrow and for the race.

Lotus Racing have launched the next edition of our newsletter, this week looking back on Malaysia and ahead to this weekend’s Chinese Grand Prix. To take a look go to:http://www.lotusracing.my/newsletter/2010/04/16/LotusRacingNotes_CHINA.pdf