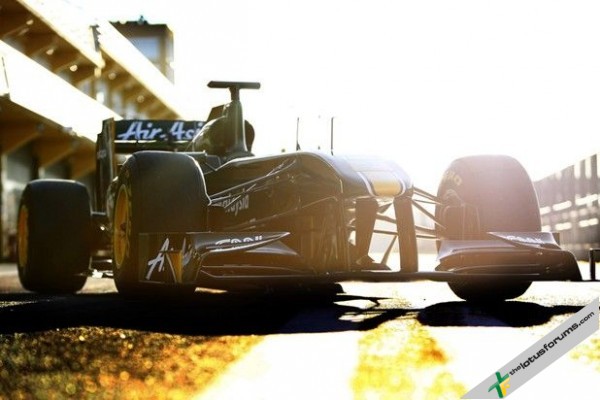 Lotus Racing has confirmed that its 2010 challenger, the T127, will be running at the Classic Team Lotus Festival at Snetterton , June 20th 2010 with drivers Jarno Trulli, Heikki Kovalainen and Fairuz Fauzy all appearing and adding to an already packed bill that will see an example of every single car Lotus raced in F1™ from 1957 – 1994 on track together.
Tony Fernandes, Lotus Racing Team Principal is very proud the team he heads up has been asked to take part: “First I want to say what a fantastic job Clive Chapman and everyone at Classic Team Lotus have done, not just with the upcoming event but also to keep so many dreams alive on tracks around the world. The Festival is going to be a great event – very emotional for many of those attending, and a great way to celebrate the Lotus motorsport heritage. We are very honoured to have been invited and I know the whole team is looking forward to seeing the UK fans, and spending a bit of time with the cars and people that helped create the Lotus legend. We’re running one of our cars as well, so people can see how the story has come full circle – in the meantime I’d urge every Lotus fan, and anyone who loves motorsport, to make sure they’re at Snetterton on the 20th June.”
The Festival falls between the Canadian and Valencia races, and is especially well timed for Lotus Racing, as the team will be celebrating the 500th F1™ race Lotus has competed in at the Valencia Grand Prix. Heikki Kovalainen added to Tony’s comments, saying “I was very lucky when I joined Lotus Racing because Clive Chapman gave me a tour around the Classic Team Lotus workshops and the cars they had in there at the time. It’s impossible to go around there and not be very touched by the history and the stories, and now we’re doing our bit to keep that legend alive, so it’ll be a great privilege to see all the cars and the fans who’ve supported our predecessors since day one at the Festival, and a great way to warm up for Valencia.”
Jarno Trulli is also excited about the opportunity to see so much history at one track, saying “anyone who loves motorsport would want to go to the Festival. There’s going to be so many famous cars there, legendary cars that shaped the way F1™ works now, and it’s very rare to have the chance to see so much history in one place. We’re obviously very focused on our first season, but this is exactly the sort of event we look forward to as it’s all about celebrating where Lotus Racing comes from – frankly it’s an honour to have been invited.”
To read the full press release please go to: Classic Team Lotus Festival Full Press Release
Want Lotus news updates in your inbox? (It’s Free)
Leave your comment below...