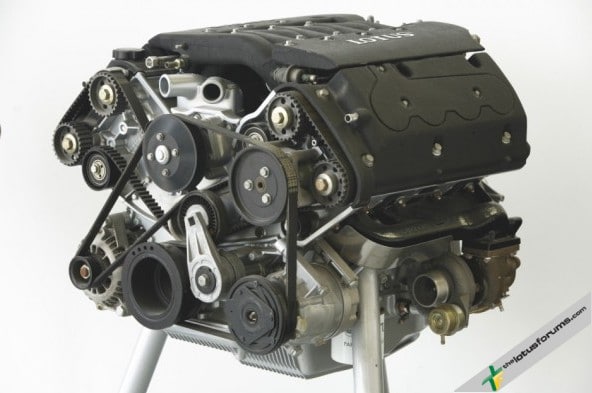 According to reports in the industry press, Lotus may decide against transplanting another Toyota engine into the 2012 Esprit and are discussing the feasibility of producing an in-house powerplant. Autocar reports that this decision by Lotus CEO Dany Bahar is in response to potential customers of the Esprit who believe that a true supercar can’t be powered by a Toyota engine.

“We have done three engines for other manufacturers; why not do it ourselves?” he said. “The engine is the heart of a sports car; we should do our own product.”

Lotus fitted it’s own V8 to the Esprit from 1996 to the 2004 Final Editions as pictured, the Lotus 918 producing an ECU  limited 350 bhp and 295 lbft of torque. This engine was destined to be sold on to other manufacturers however bar a few AC Cobra’s powered by the unit and the engine could have produced 500 bhp but was limited to protect the Renault gearbox fitted to the Esprit.

Recently, Lotus confirmed that it’s progressed from sticker sponsor of IndyCar in the USA to producing engine and aero packages for the series for the next 5 years. Also, with Group Lotus buying out Renault to move into F1 there are also unconfirmed reports that an F1 engine could be on the cards. With Lotus currently working with historic partner Cosworth on the Evora GT4 engines, could we see another tie up to produce engines for their F1 team?