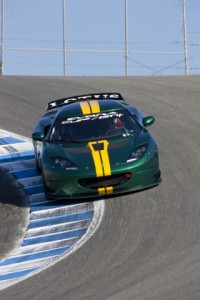 Lotus Motorsport has entered the Lotus Evora Cup/GT4 in the “Invitation” category of the European GT4 Championships as part of a year long development programme prior to a full GT4 championship assault in 2011. The GT4 will also be made available as a customer race car to privateer racing teams.

With 360 PS and weighing in at just 1190kg, nearly 200kg less than the road going Evora, the new Evora GT4 carries the Lotus Type Number 124 and represents part of Lotus’ new strategic GT motorsport programme, further details of which will be announced at the Paris Motor Show on the 30th of September 2010.

Liveried in striking Lotus Motorsport Green with a yellow twin-stripe running down the centre, the Lotus Evora Cup/GT4 brings the iconic colour scheme back once again to sports car racing.

The Evora Cup/GT4 will debut just a matter of hours after Lotus announced the new 350 PS, supercharged Evora S road car, to be unveiled at the Paris Motor Show. Information about the new Evora S can be found here.

Accompanying the Evora’s debut will be four ultra lightweight Lotus 2-Eleven GT4 race cars, two of which will be entered in the Lotus Motorsport colour scheme and run by NFS Racing Dubai. The other two cars will be run by Team Scuderia Giudici, who currently lead the GT4 “Super Sports” Championship category.

For those who can’t make the journey to the Nürburgring in the beautiful Eifel region to see the Evora Cup/GT4 making its first racing appearance, then GT racing fans will have an opportunity to see a second Evora Cup/GT4 in the slightly less hilly surroundings of Norfolk where Lotus Motorsport’s Product Manager Gavan Kershaw will be giving demonstration laps during the Snetterton round of the British GT4 Championships also over the weekend of the 28thand 29th of August. 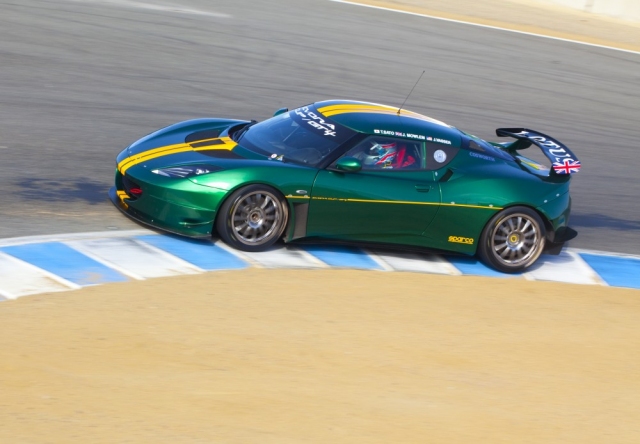