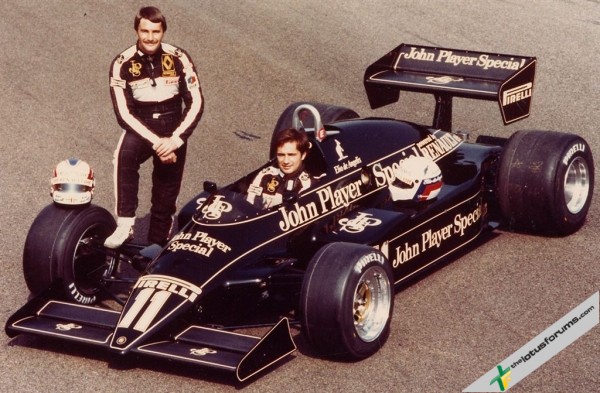 With Racing Revolution as its theme the 2011 Festival of Speed was always going to be a special event for the Lotus marque, given its unrivalled reputation for innovation.

Classic Team Lotus, the Works historic motorsport activity, is pleased to be caring for eight cars at the 2011 Goodwood Festival of Speed.  Notable innovations which these cars represent are as follows:

The brilliant Jim Clark proved to be virtually unbeatable in the type 25; if the car did not let him down mechanically he would win, more often than not.  In order to minimise drag Jimmy adopted an extremely reclined driving position; in fact the chassis was built around his physical dimensions, such was Colin Chapman’s commitment to the driver that he recognised as being the greatest of them all.  Clark raced R4 in all 10 rounds of the 1963 championship, winning seven Grand Prix.  Australian owner John Bowers will be attending the Festival for the first time to see his car in action.  John’s driver, Andy Middlehurst, is an ex British touring car champion and a great Lotus enthusiast.

49B/R10 has a wonderful history; victory for Graham Hill at Monaco in 1968 and 1969, pole position for Mario Andretti in his first GP (Watkins Glen 1968), Jochen Rindt’s Tasman car in 1969 and Emerson Fittipaldi’s first three GP in 1970.  In four World Championships the type 49 design realised 19 Pole Positions and 12 GP Wins.

76/1 will be driven by English owner, Andrew Beaumont, participating in his first Festival of Speed.  Works drivers in period were Ronnie Peterson and Jacky Ickx.  Colin Chapman invited Giugario, the designer of the iconic Lotus Esprit, to style the car.  It featured a revolutionary clutch system which was operated electronically, a unique four pedal control arrangement and a distinctive biplane rear wing.

The Team Lotus type 88B is from the Classic Team Lotus Works collection and is notable for its two major innovations; its twin chassis design and its composite monocoque.  The primary and secondary chassis had their own suspension systems and were intended to maximize the aerodynamic advantage of ‘Ground Effect’.  In its type 88 specification chassis 1 was the first composite chassis car to take to the track, in secret testing at the Paul Ricard circuit in February 1981.  (McLaren ran its composite chassis car a few weeks later.)  Long standing customer of Classic Team Lotus and stalwart supporter of the Festival, Dan Collins, will drive the car.

The type 94T was a vital car in the history of Team Lotus.  Gerard Ducarouge reinvigorated the team to create the car in just seven weeks, in time for the British GP and just in time to keep JPS on board as the principle sponsor.  94T/2 is from the collection of Joaquin Folch, a renowned supporter of historic motorsport. 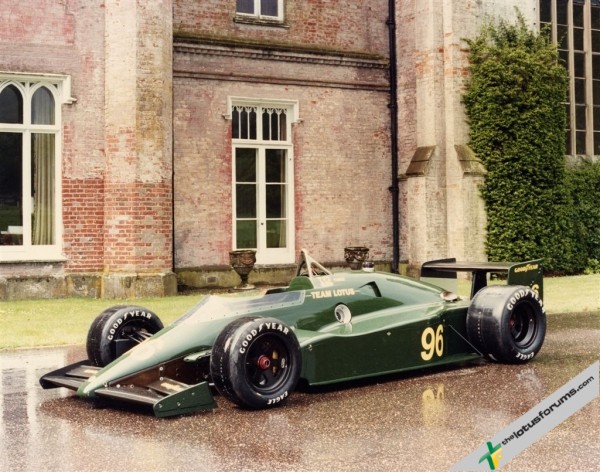 Team Lotus type 96T Indianapolis car was intended to take Team Lotus back to the United States for the Indianapolis 500 where, with Jim Clark behind the wheel, the team had won back in 1965.  (Just five drivers have managed to win both the Indy 500 and the Formula 1 World Championship; four of them – Clark, Hill, Andretti and Fittipaldi – were World Champions with Team Lotus.)  The 96T was a development of the type 95T Formula 1 car.  Just as the car was ready to be fired up for the first time the project was cancelled, so its undoubted potential was never realized.

Ayrton Senna won his first Grand Prix with this car, in the pouring rain at Estoril, Portugal.  Subsequently Ayrton elected his extraordinary performance to be his greatest ever race, especially considering that, unlike his famous win at Donington, he did not have traction control.  97T/2 will be displayed on the Lotus Cars stand. 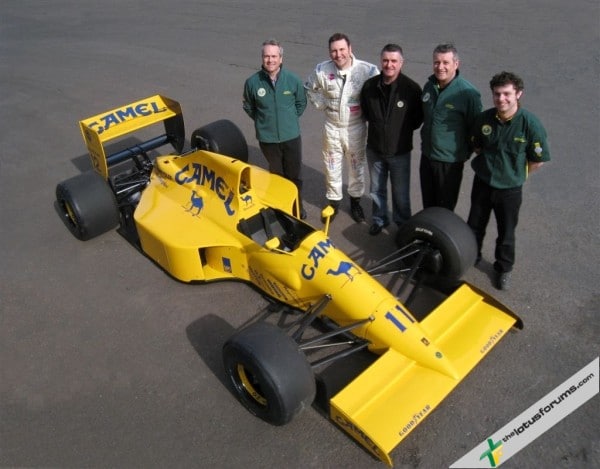 Andrew Morris and Martin Donnelly will be sharing the drive of the recently restored Camel Team Lotus type 102 chassis 4. The 102 was raced in the 1990 F1 World Championship by Derek Warwick and Martin Donnelly.  Martin suffered a dreadful accident in the type 102 at the Spanish GP and the 2011 Festival of Speed will be the first time he has driven such a car since.