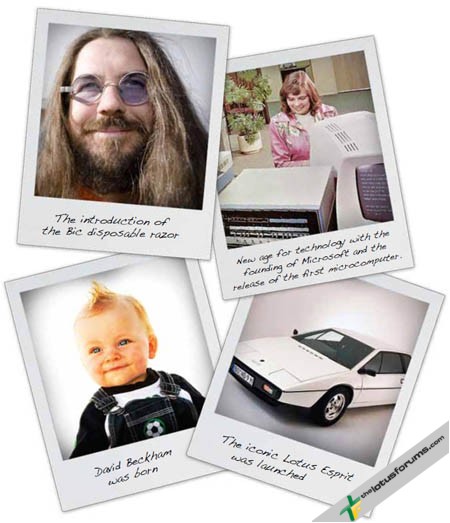 1975. Ah what a year (not so for Nixon advisors but hey you can’t please all the people). The Watergate verdicts aside, 1975 was the year we saw Jaws encourage people to stay out of the sea, Margaret Thatcher become the first female leader of the Conservative party and the future face of British football emerge as David Beckham first drew breath.

1975 also marked the birth of another British legend when the Lotus Esprit was officially launched at the Paris Motor Show in October. Okay, the earth is still spinning around the sun, but wouldn’t you agree that those things happening in 1975 changed the world a bit? Just a little bit?

And what we also know now is that 35 years later, something breathtaking will happen once again. Once more in Paris. Once more at the Motor Show. Perhaps a new Esprit? Perhaps not. Or perhaps even more?

Feel free to guess what we’re up to but ultimately you’re going to have to wait and see. One thing is for sure, it’ll be worth the wait.