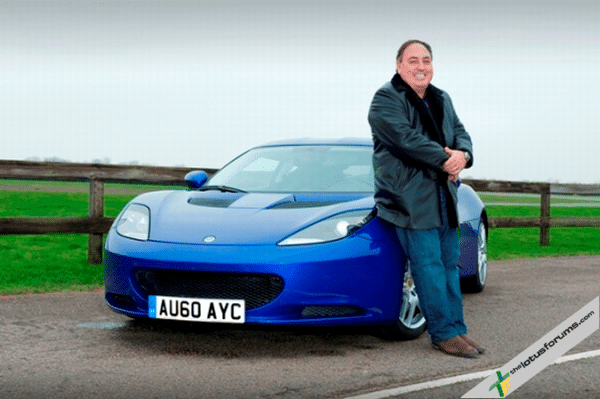 Music manager, Doc McGhee, the brains behind iconic acts such as Mötley Crüe, Bon Jovi, James Brown and Diana Ross took time out of his heavy schedule to take a trip up to the Lotus headquarters in Hethel today (9 February 2011).

Currently touring with rock group Vintage Trouble, McGhee came to check out the current and future talent on offer from Lotus.

Commenting on his visit Doc McGhee said: “Wow. These cars have blown me away. Living and working in LA, I see Lotus cars from time to time, and I love the look of the Evora, I think it’s a great car. The future range looks incredible, I can totally see some of my boys feeling very at home in the Esprit and Elite – and put me down for an Eterne, these cars rock! I’m obviously not the only one with an eye for talent here, Dany Bahar clearly knows exactly who he needs on his crew to deliver such cool cars.”

Lotus Director of Corporate Operations Gino Rosato said: “It’s great to have Doc McGhee here, we’ve known and worked with each other for many years now and to be able to show him rather than just tell him about our plans is great. I think our cars are perfect for the kind of superstars he represents so his visit here was time well spent.”

Doc McGhee is also credited with the revival of rock legends Kiss and Guns and Roses.