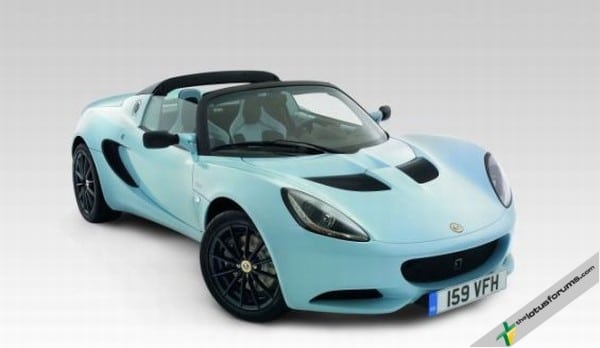 Anyone harbouring under the misapprehension that Lotus might be moving away from performance through lightweight only needs to take a quick ride in the new 1.6 Lotus Elise Club Racer to know that’s definitely not the case. The bright engineers at Lotus put even the lightest of Lotus’ modern cars on a diet and managed to shed a further 24kg.

So how did Lotus manage to make one of the lightest models on the market even lighter? The engineers behind the Elise Club Racer took a stripped-to-the-bare-bone approach visualised by the body-coloured seats but materialised in many ways such as the motorsport derived lightweight battery and the deletion of noise insulation. Attention to even the smallest of details has ensured that Lotus’ passion for performance through lightweight has been translated throughout the car.

For the first time ever an Elise variant comes complete with a Sport setting for the DPM (Dynamic Performance Management) allowing even the less experienced sports car drivers to feel at the top of their game, while the ability to switch it off completely will please the more established track orientated drivers. DPM combined with improved agility courtesy of Lotus finely tuned sport suspension and an adjustable anti-roll bar will make the Elise Club Racer equally versatile for both road and race track fun.

Wolf Zimmermann Chief Technical Officer Lotus Cars said: “The traditional Lotus approach of reduction and purity has lead to one of the most zeitgeist and contemporary sports cars around. For over 15 years the Lotus Elise has become an icon in the sports car market, carving out a niche market with a dedicated following of lightweight fans. The new Club Racer will definitely give these people something extra to get their teeth stuck into. This car epitomises everything that’s cool about the Elise – it’s fast, raw, responsive and a huge amount of fun to drive.”

Quality throughout the vehicle has been a top priority, highly regarded component suppliers such as Eibach for springs and Bilstein for dampers ensure that the Elise Club Racer is a car of substance as well as style.

The Elise Club Racer pleases the eye as well as the soul with a choice of six striking colours (Sky Blue, Saffron Yellow, Ardent Red, Aspen White, Matt Black and Carbon Grey) and bespoke design elements that emphasise the character of the car.

It’s pocket pleasing too, at £27,500 / €34,450 / CHF48,900, the Elise Club Racer marks the new entry level sports car from Lotus. And with the Elise standard of just 149g CO2/km plus the weight reduction, the new Club Racer provides maximum fun without so much of the green-guilt usually associated with high performance driving.