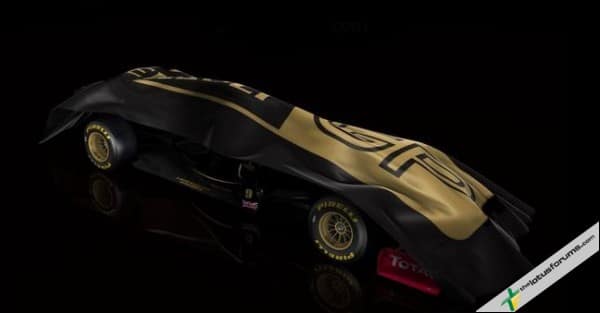 This Thursday (13th January 2011) at 2pm, the NEC in Birmingham will play host to the much anticipated unveiling of Lotus’ motorsport line up including F1, GP2/GP3, IndyCar, GT2/GT4 and much more besides.

Lotus Renault GP driver Vitaly Petrov will be in attendance alongside F1 legend Jean Alesi as the cover is lifted for the first time on the new 2011 Lotus Renault GP black and gold F1 car livery .

Lotus Director of Motorsport Claudio Berro said: “I’m pretty sure everyone will be excited to see the new F1 livery up close at the NEC, but in addition to F1, the show will be the first time so many of our race cars will be united in one location. The event will provide the perfect opportunity for fans of the Lotus marque to come and have a look at the exciting developments we have made in the past year. We’re also delighted to bring our IndyCar to the show especially as we will be celebrating the 100th Indy 500 race with the Indianapolis Motor Speedway this year.

“From F1, the pinnacle of open wheel racing, to the Lotus Academy, where the general public can learn to race like a pro, we’re confident that there’s something to appeal to every race fan.”

Alongside the famous race cars on display will be the extraordinary Type 125, the F1 inspired customer race car from Lotus. There will be an exciting announcement around this car as it makes its European debut.

For those race fans who aren’t able to make the trip to the NEC, Lotus Motorsport has found the perfect solution – from 9am on Thursday onwards enthusiasts can log on to www.lotuscars.com/motorsport for a series of exclusive interviews with the stars of the stand and unique content covering the extensive Lotus Motorsport programmes.

The Lotus Forums will be in attendance at the show this Thursday and will be reporting with pictures live from the show.