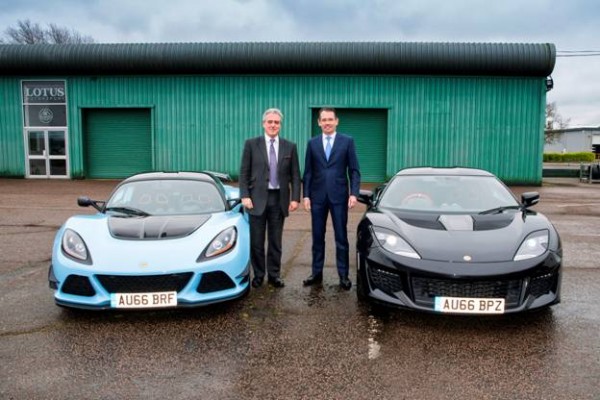 Lotus welcomed Mark Garnier MP, Parliamentary Under Secretary of State for International Trade to its Headquarters in Hethel, Norfolk, where he had the opportunity to hear about the company’s business turnaround and export focus.

Exporting over 85% of all its sports cars, Lotus’ biggest market worldwide is now the USA, followed by the UK, France, Germany and Japan. Successful launches of the new Evora 400 and Sport 410, the 3-Eleven, and the latest versions of the Exige and Elise ranges, have resulted in a six-month order book for the famous, hand-crafted sports cars.

During the visit, the International Trade Minister viewed the assembly line where all Lotus cars are hand-built and saw first-hand the latest sports cars from Lotus, including the critically acclaimed Evora Sport 410 and Exige Sport 380. 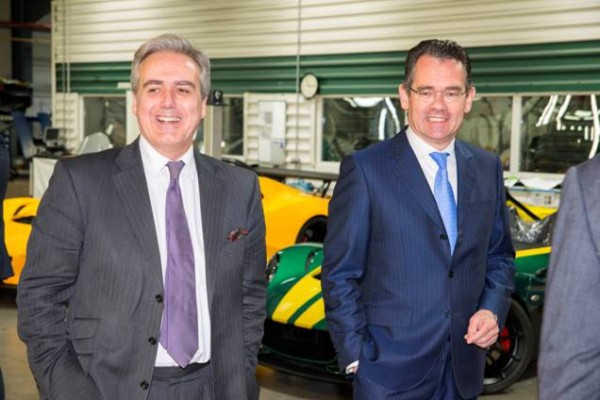 Jean-Marc Gales, CEO, Group Lotus plc said, “It was a pleasure to meet the Minister today and I am honoured that he’s taken time to visit us. We are an export-led business and we see the markets beyond the UK continuing to grow, providing long-term sustainability to Lotus. We have turned the business around – Lotus is now trading profitably for the first time in many years and we are building our best cars ever”.

International Trade Minister Mark Garnier said, “The UK’s automotive industry is world-leading and the global success seen by Lotus is a reflection of the ongoing demand for British-made cars across international markets.

“Over 1.7 million cars were made in the UK last year, the highest total in seventeen years. We are committed to supporting businesses to ensure the UK remains one of the most attractive places in the world to develop and manufacture cars.” 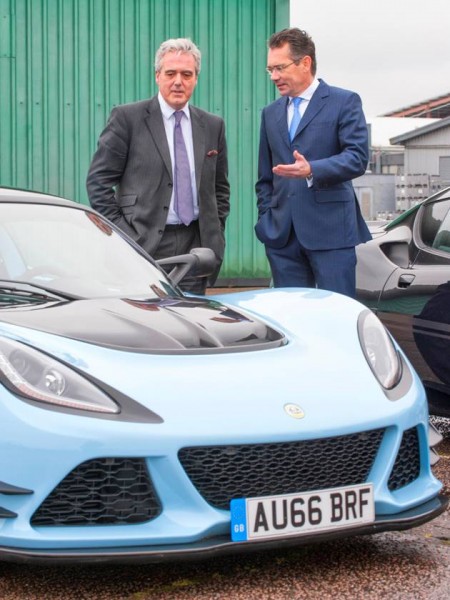 Lotus is one of the world’s most famous car marques and its sports cars, considered global industry benchmarks, are conceived, designed and assembled by hand in the UK by 800 highly skilled employees. Lotus is not only harnessing and developing local talent, it is also looking to attract high calibre individuals to the region, which will help boost the local economy and ensure that Lotus continues as a world leader.

Two-thirds of Lotus’ suppliers are UK based, with a quarter of these in Norfolk and the surrounding area. Lotus is looking to build upon this and where possible replace many of its suppliers around the world with high tech UK-based ones, especially in the areas of lightweight materials and composites.

Jean-Marc Gales continued, “We know there are the skills, technology and motivation in this country for us to remain competitive. We demand high quality and class-leading standards, and will look to bring on board suppliers with similar values – allowing us to maintain our leadership in this exciting industry.”