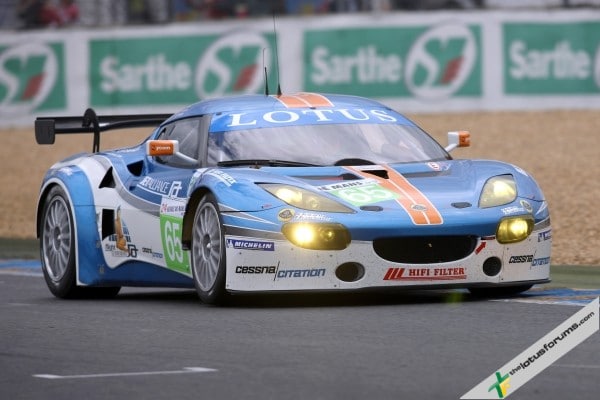 Lotus Jetalliance to Silverstone with Karl Wendlinger and nine updates!

Lotus Jetalliance commences the second half of the season in the Intercontinental Le Mans Cup with a top announcement! The Lower Austrian factory team of the British marque will contest the fifth race in Silverstone next weekend (September 10th, 11th) with Karl Wendlinger!

Team owner Lukas Lichtner-Hoyer has managed to sign up the Tyrolese in a lightning operation. After almost three years the former Formula 1 driver will therefore celebrate a comeback with the Lower Austrian team, with whom he had been enjoying great success in the FIA GT1 World Championship for three years (from 2006 to 2008).

For Wendlinger himself it is the end of an involuntary time out that resulted from the withdrawal of his team Swiss Racing from the FIA GT1 World Championship . . .

Lukas Lichtner-Hoyer: “I’m just so very happy to have Karl back in the team. He will certainly be able to help us along thanks to his experience.”

Karl Wendlinger: “Most of all I’m pleased to finally be back behind the wheel of a racing car, of course. Especially in a team I’ve achieved really nice results with over three years in the GT1 World Championship.” 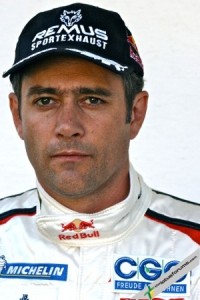 In England Wendlinger will drive the number 65 Lotus Evora GTE together with the two local heroes James Rossiter and Johnny Mowlem. Martin Rich (GBR), Oskar Slingerland (NED) and the 31-year-old Dane David Heinemaier-Hansson, who is going to compete for the racing team from Oeynhausen for the first time, will take a seat in the second Evora GTE.

Prior to the race in the motherland of the traditional Lotus marque everyone in the Lower Austrian team is quite confident – and rightly so.

break at the factory inEnglandand equipped with a total of nine updates.

Team principal Jan Kalmar: “Among other things we worked hard on the engine, the brakes, the weight and the aerodynamics. With these changes we really ought to take a crucial step forward.”

Lichtner-Hoyer thinks along similar lines as well: “I hope that we’ll be competitive and reliable on Lotus’ native soil with all these new updates – so that we’re able to finish the race in the upper third.”

For Karl Wendlinger everything is unknown territory, of course: “I have no experience with the Lotus, but I’m going to try to adapt to the new car in the practice sessions as quickly as possible. Moreover I do have two experienced team-mates who’re certainly able to give me a few valuable pointers.”

Following Silverstone things will then happen thick and fast: For a week the cars will be revised at Lotus, subsequently the team will move to America, where the sixth event is on the schedule on October 1st with the traditional “Petit Le Mans” at Road Atlanta. From there the cars, along with all the equipment, will be flown directly to China, where on November 13th the season finale of the ILMC – the “Six Hours of Zhuhai” – will be run.

Whether Karl Wendlinger will also be there then is not yet certain: “We have agreed to wait and see how the race goes and to sit down together once again after Silverstone”, Lichtner-Hoyer says.

All I want for Christmas… is an Evora GTE!