The Lotus on Track Racing Drivers Club (LoTRDC) have entered Elise Trophy car 2 in the forthcoming Dubai 24 hour race.  Owned by series co-ordinator Paul Golding, this car has competed in over 70 lotus races and has crossed the line in all but 4 of these, including a finish in the recent Lotus 1000km event at Brands Hatch.   The car has been driven by over 20 different drivers over the last four years, including Grand Prix racer Martin Donnelly, BBC F1 anchorman Jake Humphrey, which was broadcast to a huge live audience during the build-up to the 2009 Abu Dhabi Grand Prix, and Land Speed Record holder Wing Commander Andy Green, whose future Bloodhound record challenger has inspired the vehicle’s livery. 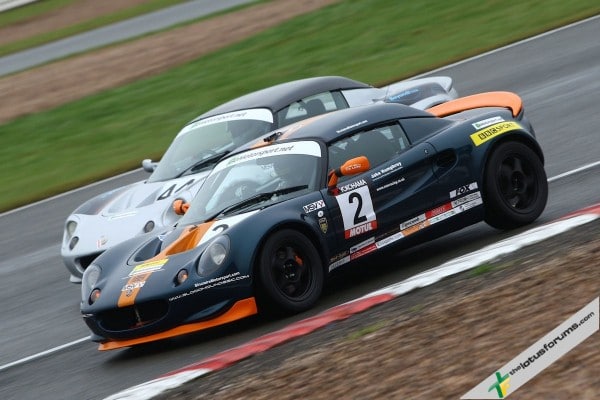 Lined up to take part in what is the most International of all the 24 hour events over the weekend of 13-15 January 2011, are Elise Trophy regulars Simon Phillips, Pete Storey, 1000km class runner-up Ken Savage and Lotus Cup Europe Production driver of the season James Knight.

The team will be run by LoTRDC Technical Director Jez Braker, himself fresh from a finish in the Lotus 1000KM.  As in previous races, the car will be prepared and run by road and track Lotus specialists Essex Autosport with many Lotus parts suppliers and garages backing the team.