I know, I know – It’s another Evora and it’s ‘that’ picture from the Lotus stand at the Geneva show again!

True, the Evora has featured in many of our PotM’s so far but this is such a good-looking iteration of the car and a stunning picture by TLF ‘Photographer-At-Large’ Graham Pilkington that it would be a sin not to feature it!

This is the Evora Enduro, a GT2/GTE class car aiming for FIA/ACO homologation to allow it to enter many of the international endurance events such as the world-famous and spectacular 24 Heures Du Mans, the Nurburgring 24 hours and the Britcar 24 hour race at Silverstone. Here’s the press release from Lotus and the tech specs are at the end of this article.

The Evora Enduro – GT concept car is an evolved version of the podium placing Evora GT4 Endurance. The Enduro has been developed by Lotus Motorsport under the expert eye of Lead Designer Nicola Scimeca.

The Enduro will be the base point from which the GT2/GTE homologated cars for FIA (FederationInternationale de l’Automobile) and ACO (l’Automobile Club de l’Ouest) endurance racing will be built.

The Evora Enduro can be bought by private individuals and adapted for racing.

Here are this months images for you to download for your desktop wallpaper! 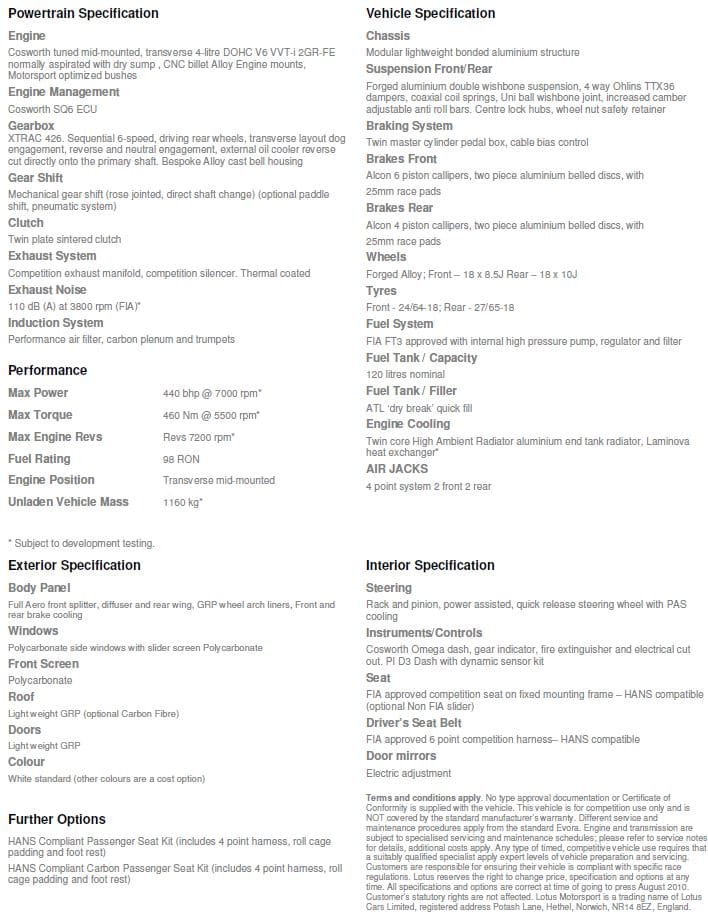