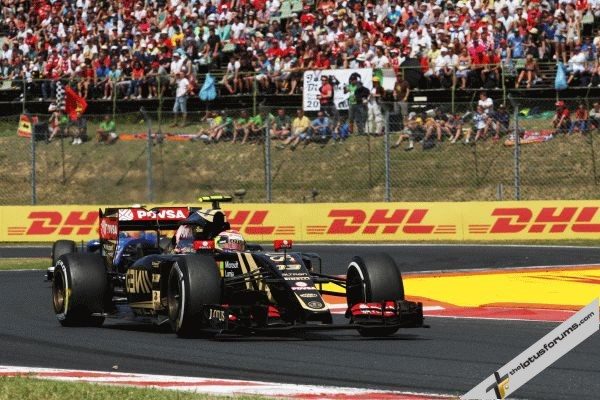 Lotus F1 Team returned to the Formula 1 Grand Prix podium for the first time since the US Grand Prix in 2013 thanks to a superb drive from Romain Grosjean in today’s Belgian Grand Prix. Despite a five-place grid penalty, Romain delivered an exceptionally measured performance including setting a race fastest lap. Romain’s joy was tempered by a second lap retirement for Pastor after his car lost drive. The cause is currently being investigated. Romain’s result means Lotus F1 Team return to fifth position in the Constructors’ Championship.

Romain Grosjean, P3, E23-04
“Today’s result is wonderful. It’s good for the team and for myself of course. Yesterday’s good qualifying result put a smile on my face but today was an unbelievable race. Everything came together when it mattered during those 43 laps. I drove with my heart today and pushed 100 % throughout the race. I did some great overtaking manoeuvers and was really pushing to catch up and hopefully overtake Sebastian Vettel – of course it was bad luck for him to have had the tyre issue at the end. We were really trying to go for the podium this afternoon and I felt very emotional during the last lap of the race! It’s a great feeling today.”

Pastor Maldonado, DNF, E23-03
“We had been doing a great job this weekend, especially yesterday. The car was feeling very good, very competitive and I had a good race start. We had an issue with the drive of the car which the team are investigating. I’m disappointed about the issue we had today but that’s racing sometimes. We are keeping focussed for the next race now and Romain has shown what is possible. I love Italy and Monza so I’ll be doing everything I can for a strong result there.”

Federico Gastaldi, Deputy Team Principal
“What an amazing job from Romain today and we all thank all the hard work of everyone at Enstone and here at the circuit in Belgium. It’s no secret that it’s been a tough season for us in some ways, but we certainly know how to pick our moments to bounce back. Our joy for Romain and the team is a little bittersweet because of the retirement for Pastor, who started his race ahead of Romain so could have finished equally strongly. We will do everything we can to get both cars in strong positions in Monza.”

Nick Chester, Technical Director
“That was quite a race from Romain and the team! We were buoyed after yesterday’s P4 qualifying performance then today he drove a fantastic measured race. He drove brilliantly and made all the correct decisions with some fabulous overtaking. He looked after the tyres when he needed to and pushed when he needed to. It was the perfect race from him. We haven’t looked at everything on Pastor’s car yet but we know there was a big excursion over the kerbs which appears to have caused some damage to the power box so a big shame as he should also have achieved a strong result here.” 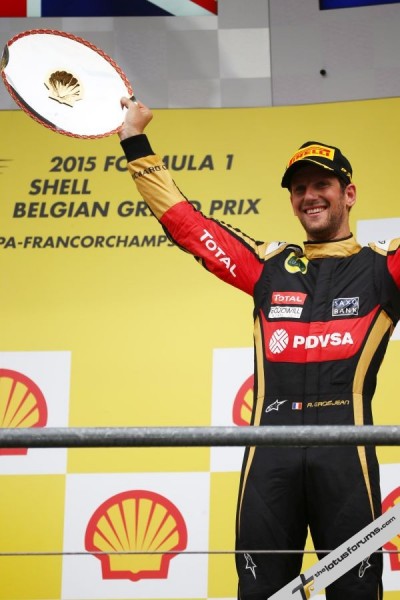