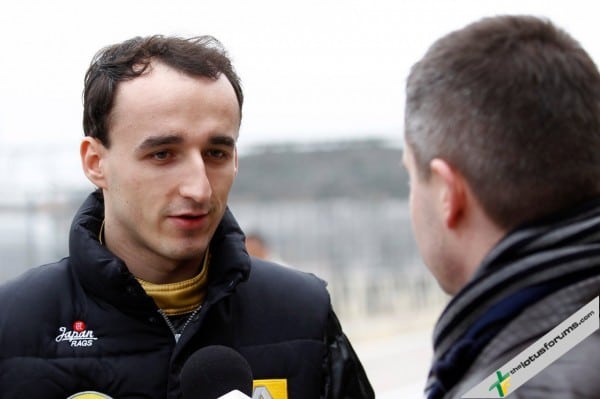 The driver was airlifted to Pietra Ligure Hospital, where he is currently undergoing medical checks. His co-driver is fine.

Lotus Renault GP will issue another statement as soon as more information is known about Robert’s condition.

We will update this article as news comes in throughout the next hours.

15:06: After extensive medical checks, Robert has been diagnosed with multiple fractures to his right arm, leg and hand. He is undergoing surgery at the Santa Corona Hospital.

23:40: Doctors are reasonably satisfied with how Robert’s 7-hour operation went. His hand is well vascularised and warm, which is encouraging.

After spending the night under constant observation, he was briefly woken up by the doctors of the Santa Corona Hospital (Pietra Ligure) this morning. The Lotus Renault GP driver was then able to talk to his relatives. He was also able to move his fingers, which is encouraging for the rest of his recovery process.

Professor Mario Igor Rossello, Director for the Regional Centre of Hand Surgery at San Paolo Hospital in Savona, did not notice any swelling or infection on his right forearm, and this is another good sign, although it will be several days before it is known if the operation has been 100% successful.

In order to avoid any physical stress, Robert will be put under gentle medication in order to sleep for the next 24 hours at least. Meanwhile, the doctors will decide how they will treat his elbow and shoulder fractures. Robert may have to undergo surgery once again for this, but not for a few days.

Lotus Renault GP wishes to thank the Hospital of San Paolo (Savona) and the Santa Corona Hospital (Pietra Ligure) for their professional approach and their dedication.

Lotus Renault GP will issue another update on Robert’s condition later this evening.

Today, Robert’s general condition has once again improved. According to the doctors, the levels of inflammation are in the norm considering his medical condition, and the recovery of his forearm remains encouraging.

Yesterday, Robert was able to talk to his doctors and relatives. His medication makes him sleep quite a lot, but he is responding to all external stimulation. He has reacted well to the news about his condition and is ready to fight for his comeback.

On Thursday, Robert should undergo some more surgery in order to stabilise the fractures to his right shoulder and right foot. Three or four days later, another operation will allow his elbow fracture to be stabilised as well.

Robert will remain at the Santa Corona Hospital for two to three weeks. A decision will then be taken about where he should go in order to continue his rehabilitation.