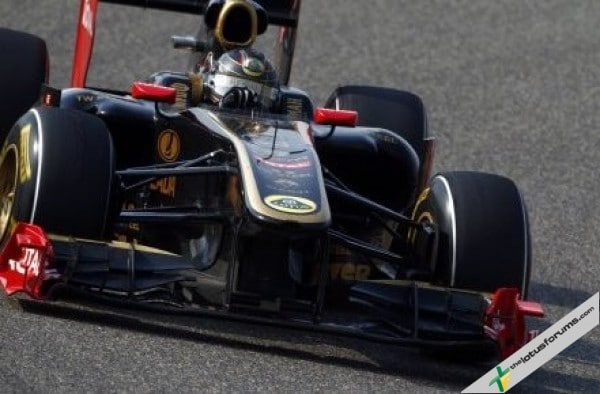 Perhaps it may seem a bit early in the season to be considering F1 to be attaining a ‘crossroads’, but the term is in some ways appropriate for this particular point in the racing calendar.

We’ve just reached Istanbul, a city once known as both Byzantium and Constantinople. After a few weeks off, the first batch of European fixtures are now firmly upon us with the Turkish, Spanish and Monaco Grand Prix all in the diary for this month. With the first ‘Asian swing’ of races now behind us, the Easter / Royal Wedding break was seen by many as the first small milestone in a long season. For teams (and LRGP included) it was a time to take stock, look at what went right, what did not go right and what improvements can be made as we all launch into one of the most challenging tracks on the calendar – the anti-clockwise Istanbul Park Circuit.

The morning flight that we took from London today was packed full with F1 personnel – Team Principals, Drivers, Engineers, even the odd Press Officer, and it was a flight that had one of those feelings that we (the F1 circus) were heading to one of the most important races. This might be seen as one of the more noticeable trips due to the fact that it’s taking place after a small break, and with all our energy tanks now running on full again there was a noticeable buzz as we touched down at Ataturk airport.

The most symbolic ’crossroads’ moment was when crossing the bridge over the famous Bosphorus river from the European to the Asian side. The race itself is on the Asian side, though it is generally viewed as the first European race of the Formula 1 calendar. Here, we were stuck in appalling traffic just trying to make our way to our next port of call when, as we reached the bridge (and crossed continents), the traffic eased. It felt like we’d officially arrived at the next stage of the season. Three races down, three races to go this month before a hop across the Atlantic to Canada.

For a number of the teams, this weekend will be a crossroads moment too. Here at LRGP we’ll be looking to further advance our cause by proving that we can repeat the podiums we saw in Australia and Malaysia. McLaren will be looking to show that they can compete at the very highest level with Red Bull, Mercedes will be hoping that the impression they made in China is a lasting one. For all the teams, Turkey represents a real opportunity to press forwards with the starts they made to the season. And with a wet weekend forecast, it will be anyone’s guessing what the outcome will be.