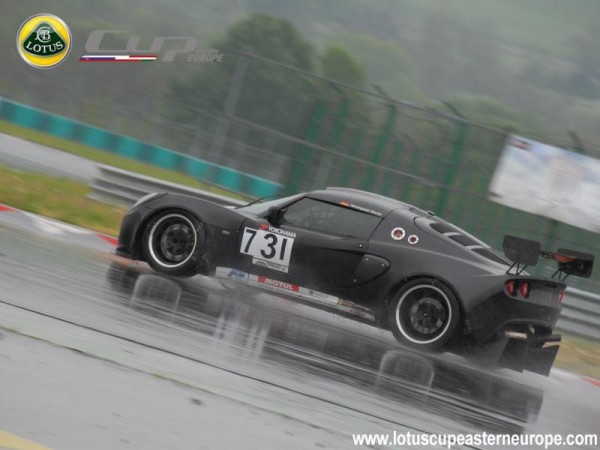 On Saturday the visitors and the on-line viewers could watch an amazing race at Hungaroring. Tamas Vizin was able to keep his first place gained in timing against his chasers, Andreas Holzleithner, Tomas Kusy and Markus Nikowitsch, however the leader board didn’t bust and the struggle lasted till the last lap. Nikowitsch fell behind after a turn-round so Vizin, Kusy and Holzleithner continued the fight for the first place. Two laps before the end Holzleithner stood off the race becouse of technical problems and after Vizin slowed down as well. Kusy won with a great technique so he is leading the Free Class cathegory against Holzleithner. The winner of the first Lotus Cup Eastern Europe race is Markus Nikowitsch against Vizin Tamás, Klaus Requat és Moritz Hannapel. 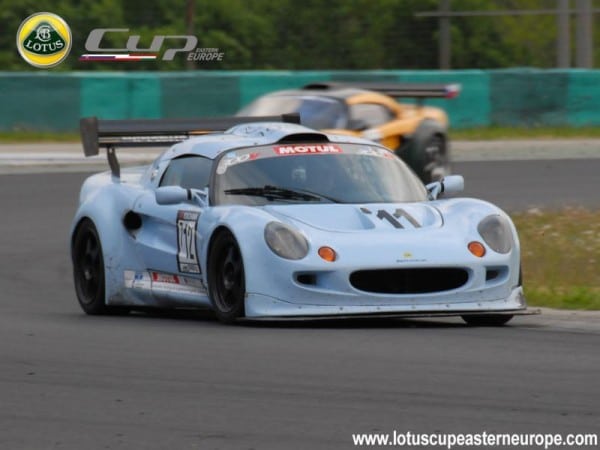 01.05.2011 – Hungaroring Vizin won in the pouring rain on Sunday
Unfortunately Kusy couldn’t start the race so the winner of Saturday was missing from the grid. The increasing rain during the contest made the circumstances more difficult by turning the cars almost undriveable. Klaus Requat losing control over his car at the end of the home straight crashed into the tire wall so he had to give up the race. First placed Vizin ended up on the crash barrier after a whirl but luckily he was able to return to the track. Afterwards he worked off his drawback gradually , and won the race by gaining up first on Moritz Hannapel and then on Andreas Holzleithner. Holzleithner arrived with a drawback of 17 seconds and won the Free Class rating. Tamás Vizin won the second Lotus Cup Eastern Europe race against Moritz Hannapel. The second weekend will take place in the Redbull Ring in Austria, where a wider field is expected, regarding that GFS Motorsport will arrive with 4 cars and there won’t be any other race (LCE) at the same time. 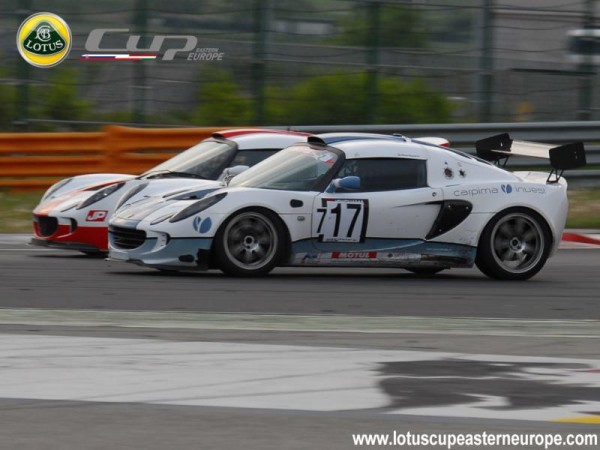