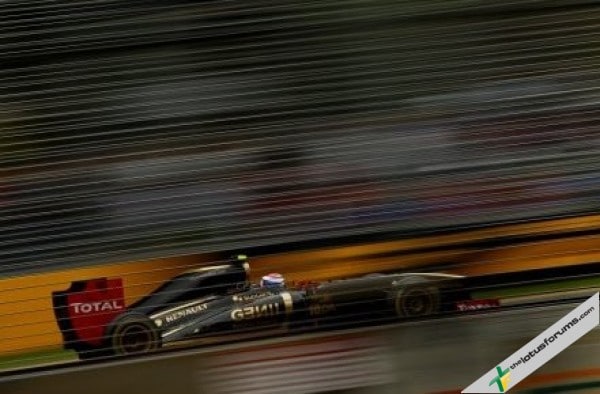 Lotus Renault GP’s cars will have a makeover next week with the creation of special edition gold leaf bodywork in time for the Malaysia Grand Prix.

The gold leaf elements will be made from 22 carat yellow gold and will appear on the front wing, sidepods and engine cover of the R31. Only two sets will be available for Nick and Vitaly, and will be used for qualifying and the race.

Production of the bodywork took place in a secret location at Enstone with special security measure being put in place. The golden parts will be shipped to Malaysia this weekend by a specialist security firm to ensure their safe arrival.

Eric Boullier: “I believe the R31 is already the best looking car on the grid, but we wanted to make it even more special for the Malaysian race. Asking the team to incorporate genuine gold in the livery was not without its challenges, but the guys have done an incredible job to get everything manufactured in time for next weekend.”

James Allison: “Adding a precious metal to the car also brings weight – several hundred grams of pure gold per car to be precise, but it will act as ballast and the bodywork has been designed especially with this in mind. The only elements of the livery that will not be gold are those on the rear wing so that we don’t impact on the efficiency of the DRS. Equally, we’ve taken special precautions to protect the bodywork around our novel exhaust system to make sure the gold elements don’t melt around them.”

Both R31s will be presented in their sparkling new bodywork on Thursday morning in the pitlane of the Sepang circuit for an official photocall with the team’s drivers and management.

Gallery September 14, 2015
TLF attended the excellent open day at Malcolm Ricketts workshop in rural Hertfordshire this past weekend. Malcolm is a life long Lotus fan and...