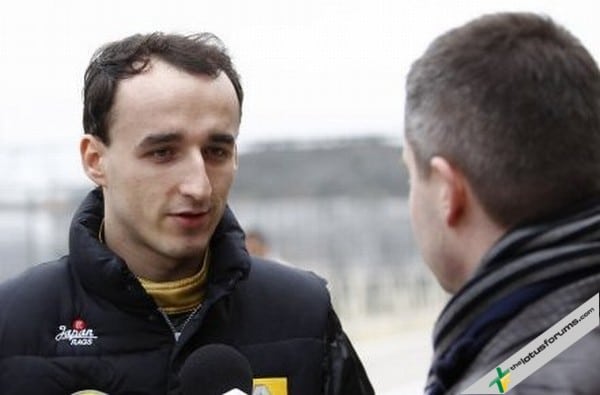 Immediately after the Turkish Grand Prix, Eric Boullier (LRGP Team Principal and Managing Director) flew to Italy to see Robert Kubica. On returning to factory in Enstone, Boullier was optimistic and gave staff some positive news.

“Robert has made another step forward in his rehabilitation process and doctors are pleasantly surprised by the way in which his condition is improving”, he said.”Now, it is a matter of time and even if patience isn’t Robert’s first quality, he is fully aware that rehabilitation could be quite a long process.

“We spoke about the latest developments of the car and of the team, and he was also interested to hear more on the details of the R31, tyres and strategies. Robert is still very much involved, keeping in touch with his engineers, and we have been keeping him informed of every important decision the team has taken. He may not be with us all of the time this year, but he’s very much a part of the Lotus Renault GP family.”

Three months after Robert’s accident, doctors now consider the first phase of his recovery over. Thanks to Robert’s strength and to a highly-attentive medical plan, the delicate period was overcome positively and without any complications.

With the progress of his recovery, we are now entering the second phase, which is heavy rehabilitation aimed to restore functionality. More small operations are planned to remove the unavoidable adhesions that are affecting the functionality of his forearm and elbow muscles. This is considered routine practice.

The first one was done today and everything went according to plan.

Other News, Features & Events August 17, 2022
Lotus Aftersales is pleased to offer at greatly reduced price a number of Carbon Fibre Louvered Tailgates. These were production fit on Evora Sport...