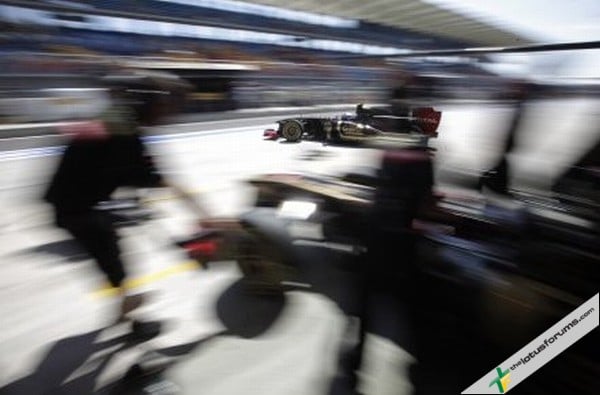 When the convoy of LRGP vehicles crossed over the Bosphorus last Wednesday, we were all pondering what may lie in wait at the Istanbul Park Circuit in the days ahead. We were all expecting a stronger performance than in Shanghai three weeks earlier, but perhaps it would be too much to hope for a third podium so early on in the season, or would it?

Well yesterday our questions were answered, and whilst we did not witness the spectacular start we had seen at the first two races this season, we did see a healthy, strong team performance. The outcome was a further 10 points next to the Lotus Renault GP name in the Constructors Championship Standings, which gave us all a good deal of satisfaction.

Things in Formula 1 never stand still, as our very own Russian is only too aware of. “Things are always changing in F1, they are always flexible. One thing is for sure – it’s very difficult to predict the season ahead”, said Vitaly this morning when reflecting on his 8th place in yesterday’s race. He (and all of us) know that whilst we can expect certain things to materialise throughout the next six months, there will also be surprises and changes in the order. As the cars on the grid are upgraded, the fractions of seconds that it takes to change a result will become ever more noticeable.

This year more than ever, the tiniest detail can have a dramatic effect on the final result: one second lost during a pit stop or a set of tyres too many used in qualifying can have very painful consequences. Performance is not only about the car and its development, it’s the whole environment of the team we’re trying to improve, race after race.

At the very heart of the changeability of the season that lies ahead will be our own team’s ability to adapt – there will be upgrades, differing strategies and approaches at the various circuits. Some tracks will suit teams’ cars more than others. As Technical Director James Allison said yesterday, “Monaco will suit our car more than other circuits as it has done in previous years”. We can expect to fight at the top when the glamour and glitz of Monaco comes around later this month. For the upcoming Spanish Grand Prix, we’ll also be looking to better Turkey’s performance, and achieve at least a top six placing because the car should be racing with a few upgrades. With an upgrade package comes expectation. And come Barcelona, we will be expecting to see both cars high up in the points.

Lotus F1 – Back in front testing on day 1 in Barcelona

Lotus F1 Team: Back in business