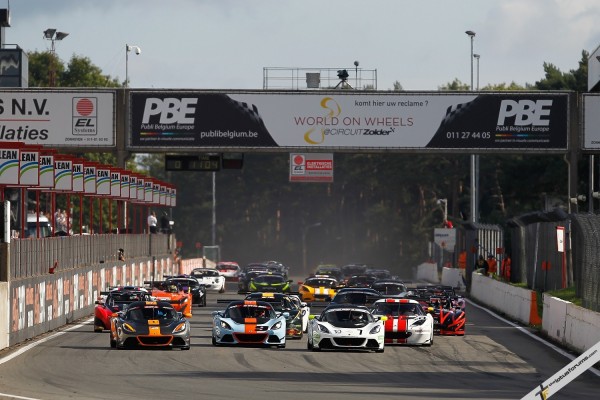 Gregory Rasse took his third win of the year on home turf this weekend (19/20 September), denying reigning Lotus Cup Europe champion Jérémy Lourenço a double win at Zolder, and in the process almost guaranteeing that the Belgian’s brother John will lift the 2015 title at Le Mans next month.

The FIA International Series supported the FIA European Truck Grand Prix and FIA European Touring Cars at the Belgian circuit, and began with England’s Jonathan Walker taking pole position by just a couple of tenths from Frenchman Xavier Georges on Saturday morning. Georges’ compatriot and team-mate Lourenço could only manage fourth place behind Rasse, and was half a second off the pace.

In the opening race, Walker and Georges disputed the lead at the rolling start, with Rasse and Lourenço looking to take advantage. The champion fought back to take the lead, and with one lap to go it looked certain that Walker would take second, but Rasse passed him on the final tour.

Walker led the opening laps of the second race, but was unable to complete the distance, leaving Rasse to hold off Lourenço by less than a second by the flag. Georges completed the podium, albeit half a minute behind the leaders.

There was further cheer for the Rasse family with another victory double for John Rasse in the Production class. Class rival Jason McInulty led Rasse in the early stages before picking up an impressive brace of second places, with Markus Nikowitsch following them home in both races. With a perfect score so far this season, John is likely to lift the 2015 Lotus Cup Europe title after the final three races of the season at Le Mans on 10/11 October, when the series supports the 24 Heures Camions event at the La Sarthe circuit.