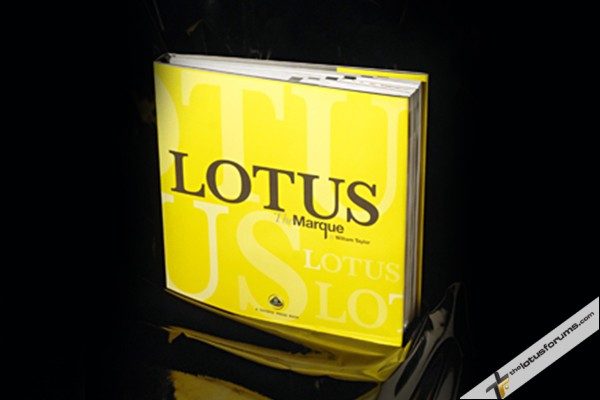 After 5 years in the making the new book on Lotus by renowned Lotus author William Taylor, Lotus The Marque, will be premiered at The Lotus Forums International Lotus Day at MBW/Brooklands on the 10th May 2015.

Taylor will be at Brooklands on the 10th to officially unveil a book that Lotus fans have been waiting a long time for. Copies of the book will be available to buy upstairs in the ‘S Class Suite’, and of course Taylor will be happy to sign copies.

William Taylor wrote his first book (on Lotus) in 1998. This book quickly became known as ‘The Big Yellow Book’ and is commonly regarded the ‘Lotus Bible’. Revised in 1999, and then again in 2004, the Yellow Book has been out of print, but in demand for several years now, and, with so many new cars emerging from Hethel since 2004, Taylor felt it was time for a long overdue update. But this is no ordinary update of the earlier book, it is a completely new redesigned book that follows the concept of the previous one (of course featuring every Lotus Type), but improves on the breed.

Working closely with Lotus Cars, a totally new book has been constructed. One that features every Type Number and model of car produced by Lotus, from the Mark 1 in 1948, through to the 2013 Elise S Club Racer. Organised in an easy to read format, but now in chronological order rather than Type Number order, the book charts the development of the marque from 1948 to 2014. Coterie Press have worked with Lotus Cars, and in particular Steve Crijns in the Lotus Cars Design Department, to completely re-design the layout of the book, one that offers a stylish and yet comprehensive and in-depth look at every model of Lotus, decade by decade.

The 12×12-inch hardcover book with Jacket has 312 colour pages packed with over 500 superb photographic images of the 208 cars featured. The book also includes specifications on each car and a full list of all 317 Lotus Type Numbers.

If you thought Taylor’s earlier book was good, this truly is “The ultimate book on all the Lotus Cars.”

*** Please note: This book is now available from our online shop *** 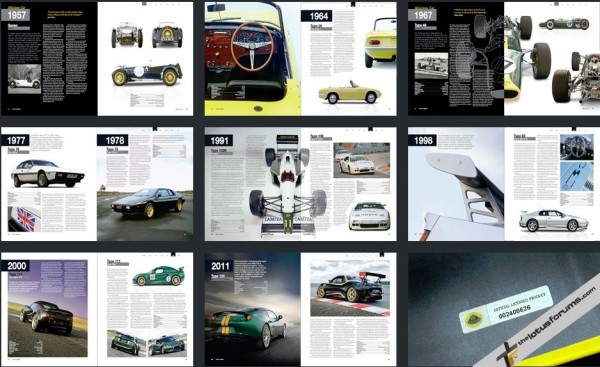