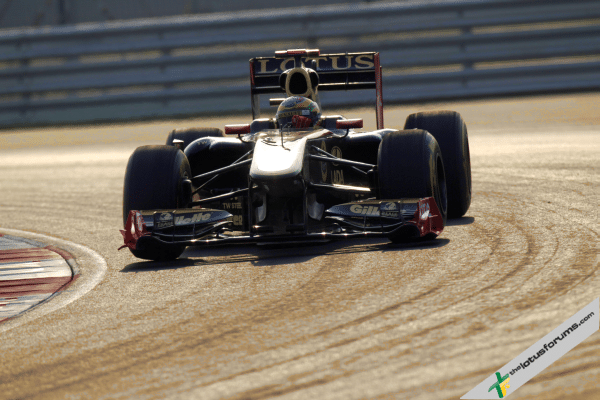 LRGP endured a frustrating Indian Grand Prix. Both drivers were able to improve on their starting positions, however, showing reasonable pace from the R31.

• Vitaly was one of three cars to start on the hard tyres. He pitted on lap three for a set of softs, and lap 33 for another soft set. He finished in 11th.
• Bruno started on the soft tyre, stopping for a set of softs on lap 22 and a set of hards on lap 56.
• At the end of the first lap, Bruno was in 10th position and Vitaly 15th.

Bruno Senna, P12, R31-04
“It was a very mixed race for me today. I got a very strong start where I jumped four places so I was delighted with that. But, unfortunately I suffered a KERS problem, so I had to fight the race without it which made things very difficult. After my strong start, the remainder of the first stint was poor but I managed to follow this up with a good second stint when we put another set of tyres on. We could have had a chance to get in the points, but we must now look forward and see what happens in Abu Dhabi.”

Vitaly Petrov, P11, R31-06
“My start was good especially as I started with the hard tyres. I made an early pit stop but made a mistake with the clutch which lost me time as I couldn’t pull away. This disrupted our plan as I was supposed to come out in front of Sergio (Perez) and the Force India but didn’t manage to achieve this. The speed on the straights of those cars was higher than mine which made it impossible for me to overtake but I kept attacking like hell to try to pass. I had a lot of oversteer which made it difficult to drive and I did lose the car in Turn 9 after hitting the kerb, touching the grass and I almost lost the car, but luckily I was able to control it. It was quite a big moment.”

Eric Boullier, Team Principal and Managing Director
“Today was disappointing and overall this was a weekend of squandered opportunity. It’s very clear that we had pace at this track which provided a real opportunity for the team. At times during the practice sessions we managed show what we were capable of but we were not able to pull the quick laps out of the bag when it mattered. We now need to pull ourselves together for the last two races so we can close this season on a better note.”

James Allison, Technical Director
“Disappointing to come home with no points when really our car had the pace to finish eighth or ninth today. We were on the back foot with both cars after poor qualifying runs coupled with the penalty Vitaly had carried over from the previous race. Good starts with both cars undid some of this damage, but the subsequent race unfolded poorly for both drivers. We chose a reverse strategy for Vitaly to give him a chance of running more of the race in free air – this is a decent way of allowing good underlying pace to be rewarded. However, any benefit that this might have brought him was rendered null and void by his finger trouble on the clutch at the first stop. This resulted in him coming out behind Perez on lap four and being stuck there for the remainder of the race. Bruno’s pace at the start of the first stint was not good, and this was compounded by a KERS failure on lap 8. He picked up the pace in the last 20 laps of the race, but by then the damage was done leaving him to trail home behind Vitaly and out of the points.

Ricardo Penteado, LRGP Engine Support Leader, Renault Sport F1
“The Buddh International Circuit has been a challenge for the RS27. The track requires good top speed coupled with driveability and responsiveness through the banked turns, but the high levels of dust have made it even harder to get right. Nevertheless engine performance has been good, despite a KERS issue on Bruno’s car in the opening stages. However it was ultimately a frustrating end to the first Indian Grand Prix. The pace was there in practice but qualifying was disappointing, which compromised race performance. We were very close to scoring despite the starting positions, but ultimately close isn’t good enough so it’s more hard work before Abu Dhabi.”