Group Lotus celebrates the most recent success in its brand reinvention with the completion of another key milestone. 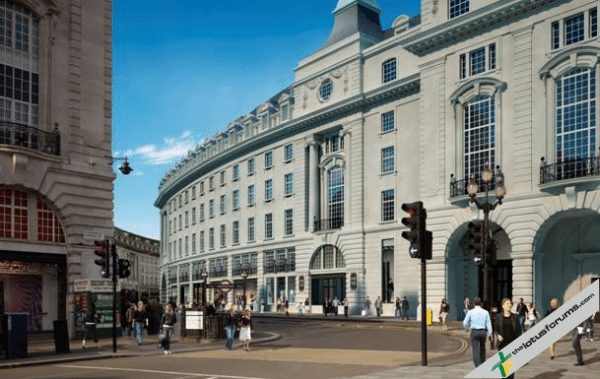 Group Lotus is delighted to confirm a brand new ‘LOTUS ORIGINALS’ flagship store will be opening in London’s prestigious Regent Street – 52 Regent Street to be exact! Situated in London’s Piccadilly, from Spring/Summer 2012 the building will host a brand new Lotus experience: a 4,800 sq ft store situated in a Grade II-listed former ‘Café Royal’ with exciting displays and a full stock of apparel, accessories, gifts, toys, and limited edition collectables, it’s one for Lotus fans and shopaholics alike.

The LOTUS ORIGINALS line made its debut at the 2010 Paris motor show alongside five new Lotus cars as a preview to the new Lotus lifestyle that the future Lotus car line-up reflects. Debuting with high-quality apparel, accessories and gifts, the move to Regent Street affords the space to showcase a much expanded LOTUS ORIGINALS collection. In the 16 months since the collections’ preview, LOTUS ORIGINALS has grown to include exclusive sporting items such as bikes and helmets, toys and even stationery.

The development of the LOTUS ORIGINALS retail concept has been rapid, upon its launch in September 2010 the dedicated website www.lotusoriginals.com was the only retail outlet for the collection. The first shops soon followed with a store at Lotus’ Hethel HQ and Norwich City Football Club’s Carrow Road stadium opening in Late 2011. Dealer shops have also recently opened in China at new Beijing and Chengdu showrooms and a Shanghai store is imminent. The London flagship store is the next step in a fully integrated, international retail strategy for non-car Lotus products.

Wiebke Bauer Director of Licensing & Retail for Group Lotus said, “We are delighted to secure this iconic location, it’s the result of many months of careful planning and negotiations – the completion of this milestone really demonstrates the success of the LOTUS ORIGINALS offering and the potential we have for the future. This is the cornerstone of our global retail strategy and we have lots to look forward to.”