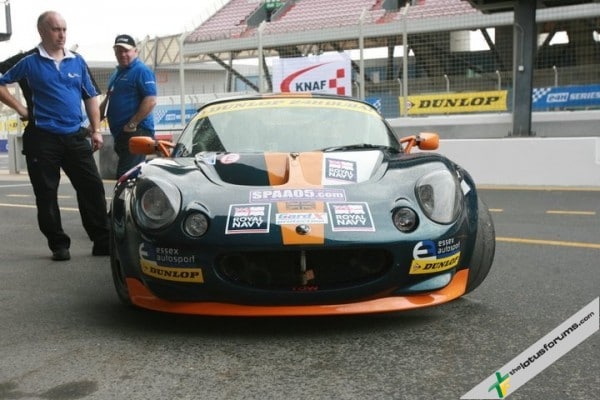 The world’s most famous Elise S1 Sport160, an Evora GT4 and 2Eleven GT4 are entries in this years Dubai24 endurance race at the Dubai Autodrome, the red lights starting the race on Friday the 14th January at 1pm local time. Lotus on Track Racing Driver Club are entering the Elise which has appeared in many events including their own race series, the Elise Trophy, it’s been driven by Jake Humphey of the BBC, Martin Donnelly, ex Lotus F1 driver and Andy Green OBE, the world’s fastest man who holds the current land speed record! Drivers for this event are: Ken Savage, James Knight, Simon Phillips and Pete Storey. They are running an excellent and entertaining blog which you will enjoy.

Other entries include the Lotus Motorsport entered Evora GT4 car and 2-Eleven GT4 of NFS Racing driven by experienced racers Johnny Mowlem, Greg & Leo Mansell and Stefano D’Aste. With a record 90 teams in the race this year there will be some stiff competition with experienced teams campaigning other major sportscar manufacturer entries including Porsche, Aston Martin, Lamborghini and Corvette.

We’ll be updating the news as the race progresses but hope you’ll all join us in wishing all of the teams a safe and successful race. Go Lotus!