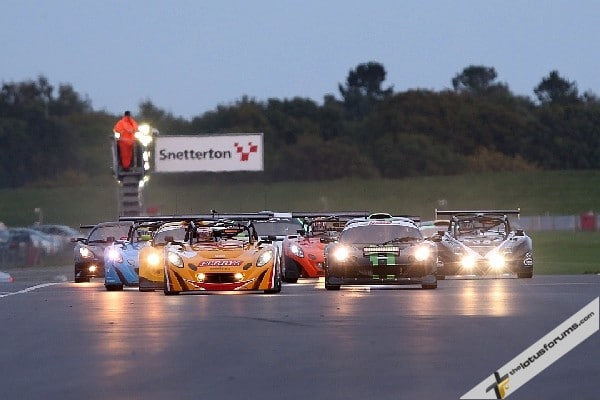 The 2014 Elise Trophy and Lotus Cup UK season gets underway this weekend (5-6 April) at Snetterton, and both series will be joined by the second round of the Lotus Cup UK Speed Championship for a weekend of Lotus-themed action at the famous marque’s local circuit.

Snetterton’s round of the Elise Trophy will be the first since the series attained championship status over the winter. Amongst the entry list are former Formula 1 driver Martin Donnelly and his son
Stefan, plus rising star of the BTCC, Jack Goff. After a promising start to his Touring Car campaign at Brands Hatch last weekend, Goff is looking forward to stepping into a Datum Motorsport-prepared Lotus and racing against Donnelly Sr.

“It’s always nice to go back to the Lotus paddock, I’ve been around it for a few years now, got to know quite a few people, including all of the Datum team, and they’re a great bunch of lads. They’re building up a fresh car, so they’d like to get me out in at the first race at Snetterton and see what they can do. It’s always nice to go up against some famous names, so we’ll go out there and see what we can do against him!”

The event will also feature the worldwide race debut of the new Elise Cup R. It will race in both championships, and 39 entries have been received for the Elise Trophy, with 40 for Lotus Cup UK. The list also includes experienced drivers Scott Mansell, Ollie Hancock, Fulvio Mussi and Andrew Bentley.