Qualifying kicked off straight from the garages with most of the drivers queuing up 20 minutes before the start of the session all keen to get some clear space on the short national circuit. It was Alex Ball setting the early pace with his flying lap coming in on lap 5 with a very respectable 1:20:004 followed closely by an impressive lap by Axel Van Nederveen for Matthew Bentley Racing setting the pace with a 1:19:586. A few laps later newcomer Joe Taylor and the experienced Craig Denman set their flying laps on lap 9, with Joe Taylor taking pole position by almost 2 tenths of a second from Denman with a lap time of 1:19:002. Denman managed a 1:19:198 to set him firmly in P2 and Jason Mcinulty took P3 only by 1,000th of a second from Axel with a lap time of 1:19:585. 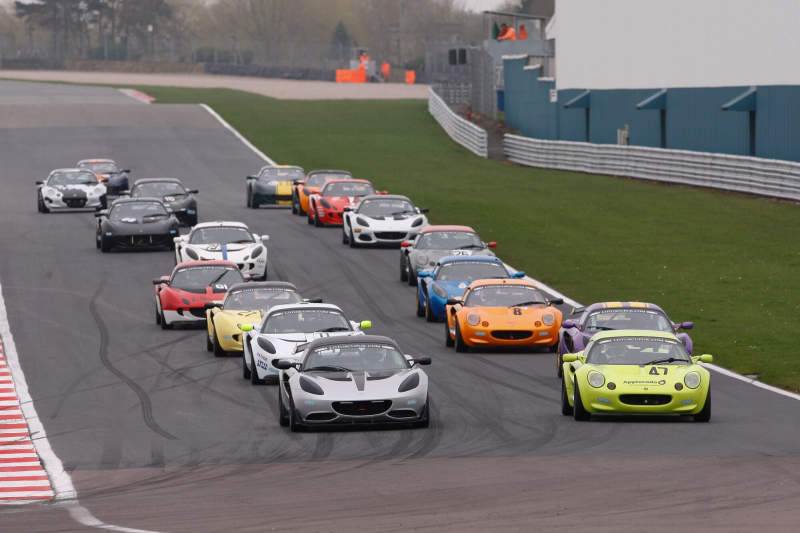 It was a rolling start for race 1 with Joe Taylor and Craig Denman leading the 19 strong field on the green flag warm-up lap. Unfortunately, Stuart Cheshire couldn’t make it out for Race 1 with an engine failure in qualifying reminiscent of his bad luck in round 1. As the field came around to the start-finish straight, the lights went out and it was Denman who got the better drive pipping Taylor to turn 1 by a whisker. Both the Jason Mcinulty and Alex Ball also had strong starts slotting in right behind Taylor battling for P3 with John LaMaster following closely behind.

By the end of lap 1 Taylor was swamped with Mcinulty making a late braking move into the final chicane taking P2 and Ball making an impressive dive into Mcleans taking P3. John LaMaster suffered brake failure at coppice corner nearly wiping out the Exige of Taylor but managed to just miss him and beach the car in the gravel. Rookie Taylor managed to regain composure and stick with the leading pack before capitalising on a collision between Ball and Mcinulty and then trading positions constantly with Ball right up until the end of the race where Ball finally crossed the line in P2 and Joe Taylor in P3. 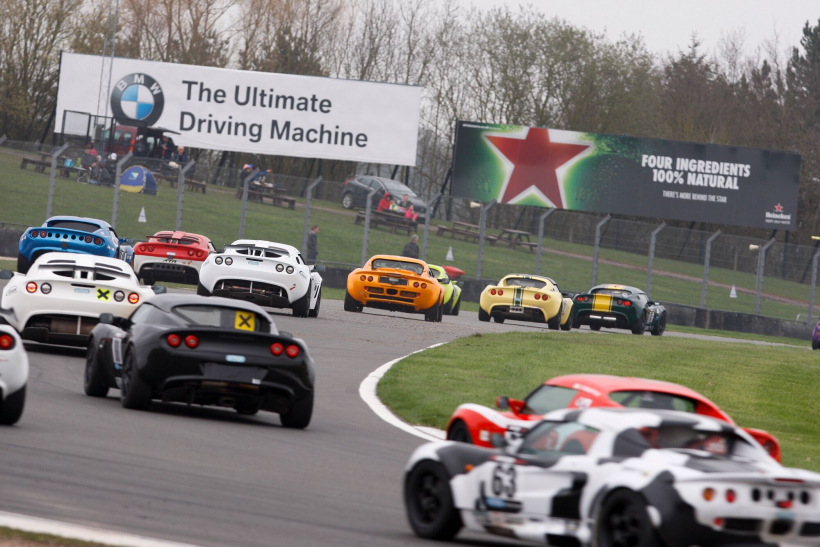 Again race 2 began with a rolling start but with grid positions being decided from the results in race 1. As the lights went out it was Joe Taylor managing to beat Alex Ball to turn one first and tuck in just behind Craig Denman. A great battle ensued again with Alex Ball and Jason Mcinulty but the positions remained largely the same until Macinulty suffered from a calliper failure resulting in a pit stop. Joe Taylor managed to soak up the pressure from Alex Ball for most of the race until a hesitant move behind the backmarker Mike Perkins allowed Ball to catch up and make a move on the exit of turn 1.

There were close battles further down the field in the mid-pack with John LaMaster making his way from last on the grid to 4th and an unfortunate incident between Mckenzie Walker and Simon Middleton which caused bumper damage trying to avoid the spinning Mark Richardsson who went for a late move on the chicane to pass Dean Warriner. Some further unfortunate mechanical failures for Mike Perkins and a collision between Chris Marks and Paul Baker meant that only 12 cars finished race 2. 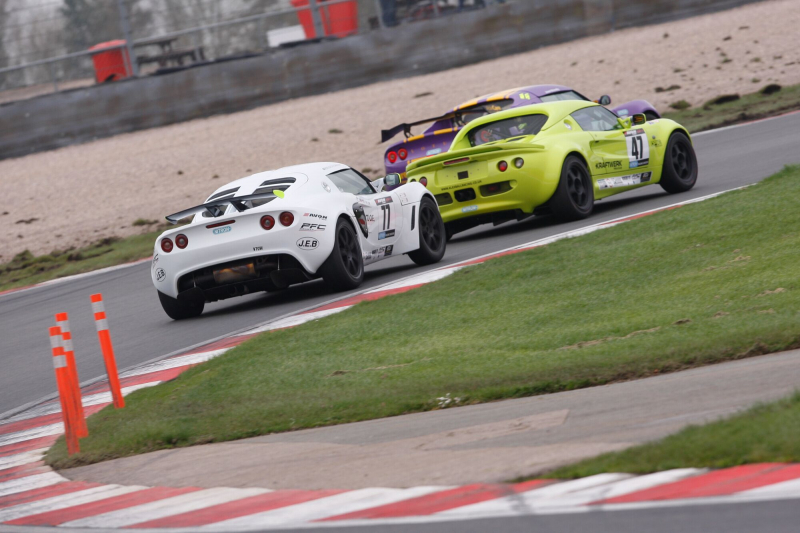 Race 3 is a standing start with a reverse top 10 grid meaning the faster drivers from the previous races had a challenge on their hands to get passed the guys in front. Joe Taylor made a flying start driving around the outside of Dean Warriner and Chris Thirkettle before settling into P2 at turn 1 behind Mark Richardson who also made a few spots up from P3 on the grid. Craig Denman also had a great start but got bogged down into turn one and Alex Ball struggled off the line and put himself into a bad position for the first few corners meaning he had dropped back a couple of spots.

By the end of lap 1 Taylor got the better of Mark Richardson and tried to pull a lead from Axel Van Nederveen who now made his way up to P2. The rain started to fall on lap 3 and Taylor managed to maintain the gap from Axel with no sign yet of the chasing Denman, Ball or John LaMaster.

The weather got worse and by half race distance lap times dramatically reduced as everyone had set out on dry tyres expecting a largely dry race. It was the mighty Denman impressing in the slippery conditions in his S3 that managed to catch the leading pack and getting the better of Axel before coming up behind Joe Taylor. With only a few laps remaining Denman had made his move on Taylor taking P1 and a battle continued behind with the charging LaMaster on Van Nederveen. By the final lap it was the mighty Denman who took his 3rd win of the day, Joe Taylor in P2 for an impressive drive and Axel Van Nederveen who managed to keep John LaMaster at bay for P3. 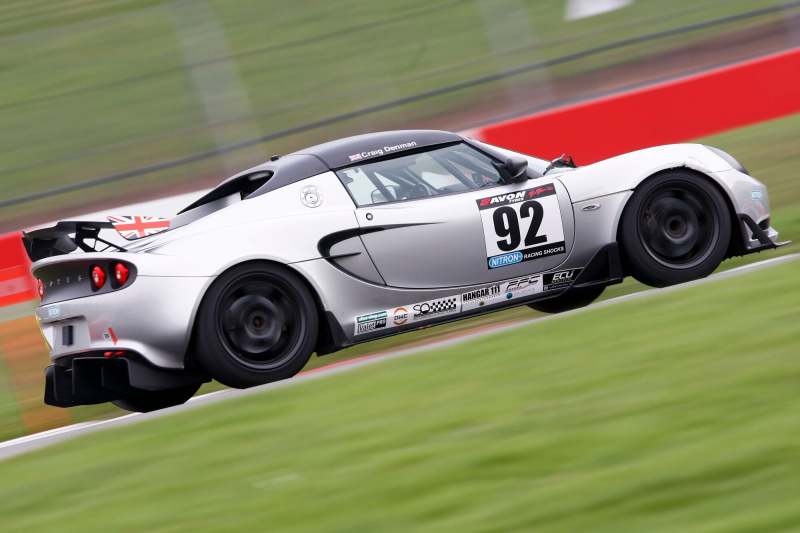