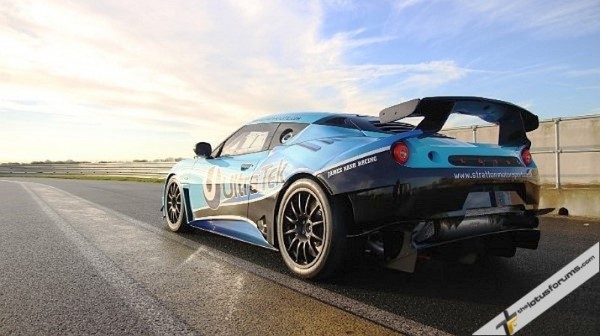 The Norfolk based team will run under the banner of UltraTek Racing but will utilise the wealth of experience and GT pedigree offered by Stratton Motorsport. The East Anglian Lotus main dealer have competed in GT championships around the world and were GT4 Champions in 2010, 2012 and 2013. Stratton Motorsport Team Manager James Edwards believes the Lotus Evora model will prove to be a very competitive car during 2015.

James Edwards commented, “With our strong driver combinations and great experience in GT4, we can all anticipate an exciting season ahead.”

Gary Dixon, UltraTek Product Manager commented, “Motorsport is an ideal platform to showcase the innovative UltraTek numberplate. UltraTek is perfect for the discerning motorist and with a grid packed full of prestige brands, it is a perfect fit for our customers.”

Richard Taffinder and Tim Eakin will move to UltraTek racing and handpicked Jamie Wall, former BTCC and Aston Martin racer to partner alongside themselves and James Nash.

Richard Taffinder commented, “This exciting collaboration has opened the door for Tim and myself, real motorsport enthusiasts from Hills Numberplates to take a seat alongside professional drivers for the first time.”

James Nash commented, “my aim is to continue to work with Richard and Tim to develop them into competitive GT drivers that are able to win a championship. I have mentored them both for the past 4 years and want to show that with the right tuition, an amateur driver can develop into a championship winner.”

The 2015 Avon Tyres British GT Championship commences on the 4th April at Oulton Park in Cheshire.