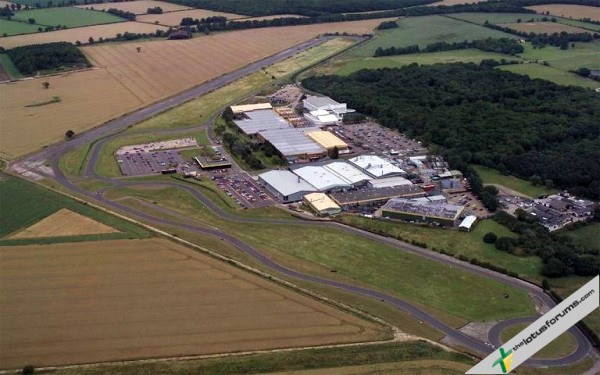 Lotus have today confirmed that production of its range of ‘new era’ cars including the Esprit, Elite, Elise, Eterne and city car, the Ethos will be at its existing headquarters in Hethel, Norfolk and not abroad. The news comes as Deputy Prime Minister Nick Clegg announced 119 successful bids in the second round of the Regional Growth Fund and with Lotus applying for £10m to aid expansion of the Hethel site as encouraged to by the government after being turned down in the first round.

Automated production lines will be a feature for the first time ever at the plant in order to streamline production which will be necessary for Lotus to produce the predicted 6,000 – 8,000 cars per year as planned in the ‘new era’ and along with the 1,100 extra staff required it is calculated that the supply chain will need 800 new jobs to maintain the required externally produced components volumes. Great news for Hethel and the local area as there were allusions that the manufacturing could end up abroad with Austria’s Magna Steyr a favourite to take the work on as they release capacity with their current production of the Aston Martin Rapide moving back to England in 2012. From Group Lotus:

The Department for Business, Innovation and Skills (BIS) has formally confirmed that Group Lotus’ bid for funds from the second round of the Regional Growth Fund (RGF) has been successful.

One of the main purposes of the Regional Growth Fund is to support growth within theUKmanufacturing sector. Lotus recognised that the Government was seeking applications which would enable private sector organisations to invest in projects that would create jobs and secure long-term growth. Lotus’ growth plans are completely aligned with the Fund’s objectives and will go someway towards rebalancing employment between the public and private sector in theSouth Norfolkregion.

The grant will be put to good use supporting the industrial research element of the production of Lotus’ future product range. This significant development will go towards ensuring that the manufacturing of future Lotus products remains in theUKfor the foreseeable future and in the process create a considerable number of new jobs over the next five to six years.

Commenting on the news, Group Lotus Chief Executive Officer, Dany Bahar said: “This is great news for all those concerned about Group Lotus moving production overseas, to say that we’re pleased with the result would be an understatement. We are an authentic British automotive manufacturer with an incredible heritage and an exciting future ahead, this funding will play a role in assisting with the realisation of our business plan to produce a new range of sports cars with best in class performance and emissions.

“We would like to thank everyone for their support during the bid process. The local authorities, MPs and the local enterprise partnership have all played a role in helping us secure this funding – we’re very grateful, it’s nice to know people feel strongly enough to act on our behalf.”

Business Secretary Vince Cable said: “We need to be doing all we can to enable businesses and organisations to create much needed jobs and inject private investment into the economy.

“We have announced today that a further 162 projects will benefit from the fund, and expect to deliver a huge number of jobs across their businesses and in the supply chain.

“This is a very significant boost to local communities, and the Regional Growth Fund will help businesses like Lotus to drive local growth.”

[VIDEO] The Road to Lotus…

Lotus Cars News June 14, 2022
With the press embargo now lifted the first batch of reviews, video and in the press have landed! TLF have collated all of the...