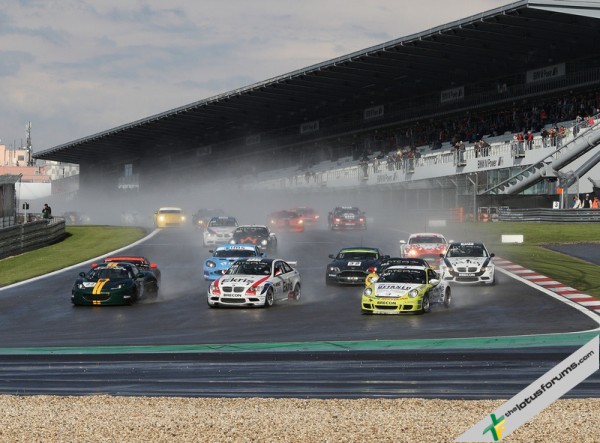 With a pedigree like ours it should come as no surprise that we announce a new 360° race program, a statement of intent including: multiple race series, grassroots driver development and Exos – the ultimate in exclusive driving experiences.

Lotus Director of Motorsport Claudio Berro summed it up perfectly when he said: “Lotus is motorsport and racing is in our DNA. We have a special place in motorsport history and now as we unveil the beginning of our future plans it’s important for people to realise just how committed we are to doing our heritage justice. There is no better platform to demonstrate the transfer of technology from track to road car than a full range of pure motorsport activity, we have to tick all the boxes.”

“As with our new product line up set to be unveiled in just a few days time at the Paris Motor Show we are entering a new era for Lotus Motorsport – there’s lots more to come and trust me, there will be something to please every motorsport enthusiast, from the committed fan to the Senna of the future.”

So what exactly are we talking about? There’s a lot to take in and we’ve got the Paris Motor Show around the corner so let’s keep it top line: 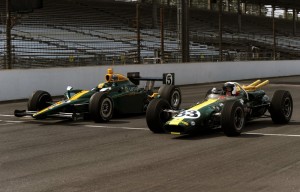 IndyCar: The 2011 IndyCar season will see Lotus continue to work with KV Racing Technology providing further technical and engineering support, fielding a minimum of two cars on the grid. We’ll also commence development on new body work and chassis – in line with the new regulation scheduled for implementation in 2012.

GP2 and GP3: In collaboration with seasoned championship winners ART Grand Prix, we have now confirmed our participation in the 2011 GP2 (Europe and Asia series) and GP3 series. The contract with ART Grand Prix sees us commit to providing technical and engineering support for the GP2 and GP3 race series for a minimum of three years.

Evora GT4: So an update on our Evora GT4 development. We’ve made the decision to develop the car to be eligible in GT2 and GT3 categories. And on top of this news, a total of 20 orders have been received for the GT4 since it’s launch in Pebble Beach, the first lucky customer should be receiving his car at the end of October.

GT2: More exciting news – we are currently developing a new GT2 car based on one of our eagerly anticipated future road cars, set to be unveiled at the Paris Motor Show. The new GT2 car will be in line with the new regulations.

LMP2: This very special project is under the expert direction of technical genius Paolo Catone. The car is being developed to meet new ACO rules, it will have a closed cockpit and is due to be on-track late 2011, with an assault on the 24 Hr Le Mans planned for 2012.

Lotus Driving Academy (LDA): Reconfirming our dedication to grassroots motorsport activity there is a planned global roll out of the popular LDA. Set to start early in 2011, the roll out will begin with the redevelopment of the existing concept and facilities in Hethel followed by plans for two new locations to come on line, one in the UAE and one in Eastern Europe. We’ll follow this with the addition of two more sites, one in the mid USA and one in Japan in 2012. Further expansion in 2013 will see sites in Moscow, Malaysia and a second Academy in the US operational. In addition to developing grassroots talent the LDA provides the perfect facilities for individual driving courses and for Lotus customers to test drive product.

Lotus Cup: We are pleased to confirm plans to expand and reorganise our factory owned championship programme in key territories including Europe, Japan, USA and the UAE including a re-branding exercise to harmonise corporate identity across the globe. All series will continue to enjoy support from Lotus Motorsport, based at the Company’s HQ in Hethel. The Lotus Cup series allows Lotus drivers around the world the opportunity to put their production type cars to the test in a competitive race environment.

Type 125 and the Exos Experience: Phenomenal interest followed the official unveiling last month at Pebble Beach. The first 10 cars have now been provisionally allocated to buyers. Testing is due to start before Christmas, with further extensive hot weather testing in early 2011. The first cars are scheduled to be delivered in April with the first Exos club event earmarked for May 2011.

Not too sure what Exos and the 125 is? Read on…..Exos is a club in which a limited number of owner drivers can refine their driving skills and challenge themselves in Formula 1™ inspired technology combined with expert one-to-one advice from former Grand Prix drivers and trainers. The Lotus 125 is an F1™ inspired race-car complete with Cosworth V8 engine, is an innovative program to energize the Lotus spirit, to challenge convention and allow the customer experience something unique and inspirational.

The New Lotus Test Track: Great progress is currently being made on our new FIA regulation test track. Located next to the Lotus factory in Hethel, Norfolk, the new track boasts 12 pitlane garages capable of hosting 24 cars and will comply with all current FIA safety regulations. With a length of 3.6 kilometres and width of 12 metres the track will be ideal for customer experiences, GT racing and F1 testing. 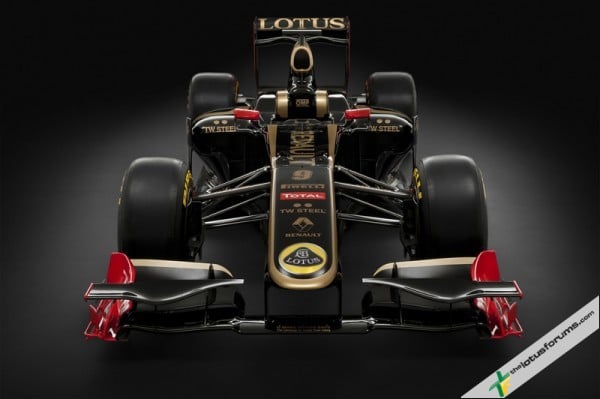